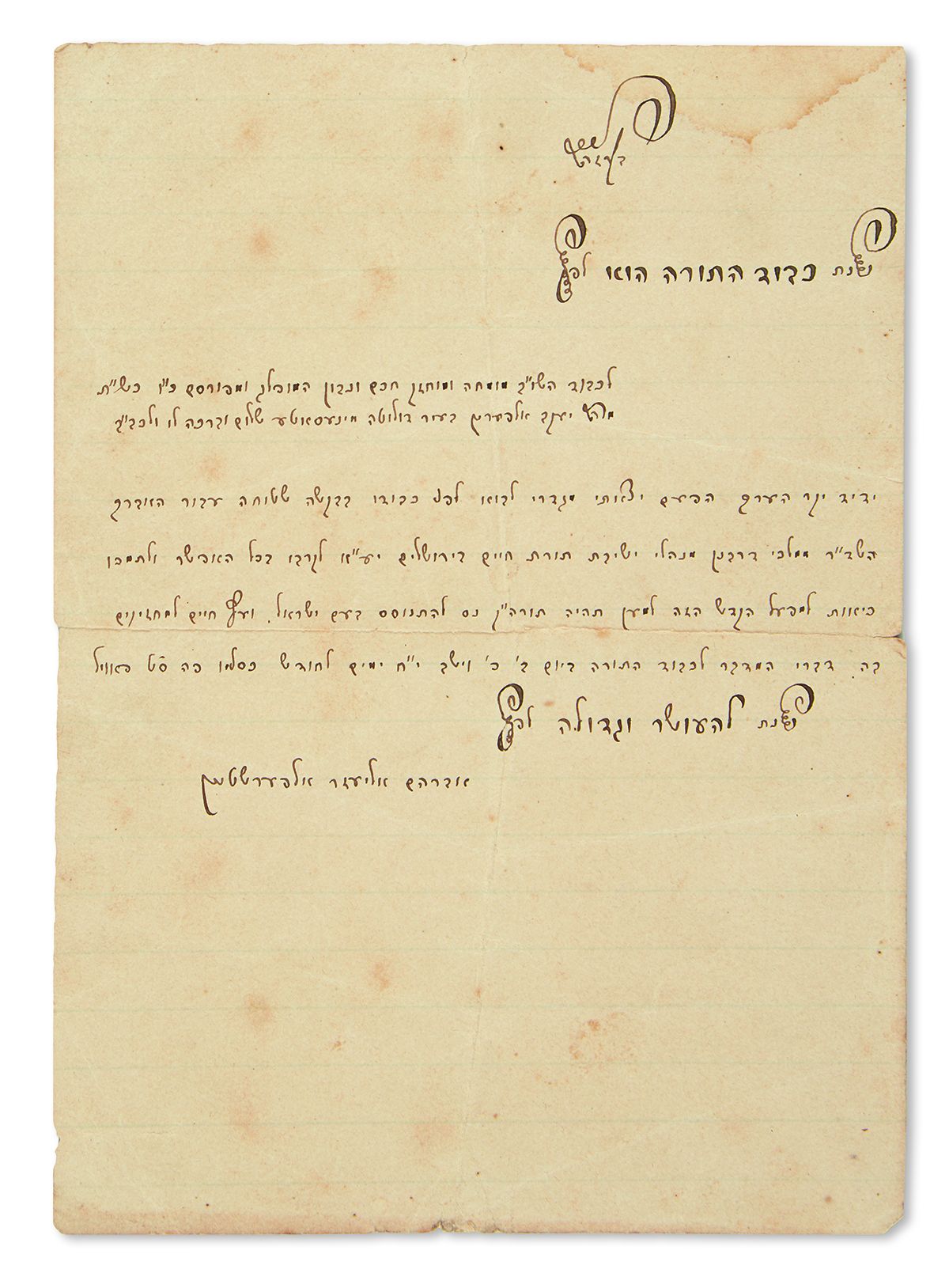 This letter attests to the credentials of Jacob Alperin in Duluth, as rabbi and also as a qualified Shochet, noting that he was sent to America by the rabbis of Yeshiva Torath Chaim in Jerusalem. One page. 12mo.

Est: $100 - $150
PRICE REALIZED $175
ᴥ Rabbi Alperstein (1853-1917) was a prominent rabbi in Lithuania before immigrating to the United States, where he occupied several pulpits. He is notable for having published, in his commentary to Massekhet Bikkurim, Harel (Chicago, 1890) the first part of the Talmud ever to be published in the United States. He spent a brief period in St. Paul, and this letter is from that time. After returning to New York, he became a Talmud instructor in the Rabbi Isaac Elchanan Theological Seminary, which was for a time, housed in his synagogue.
Share