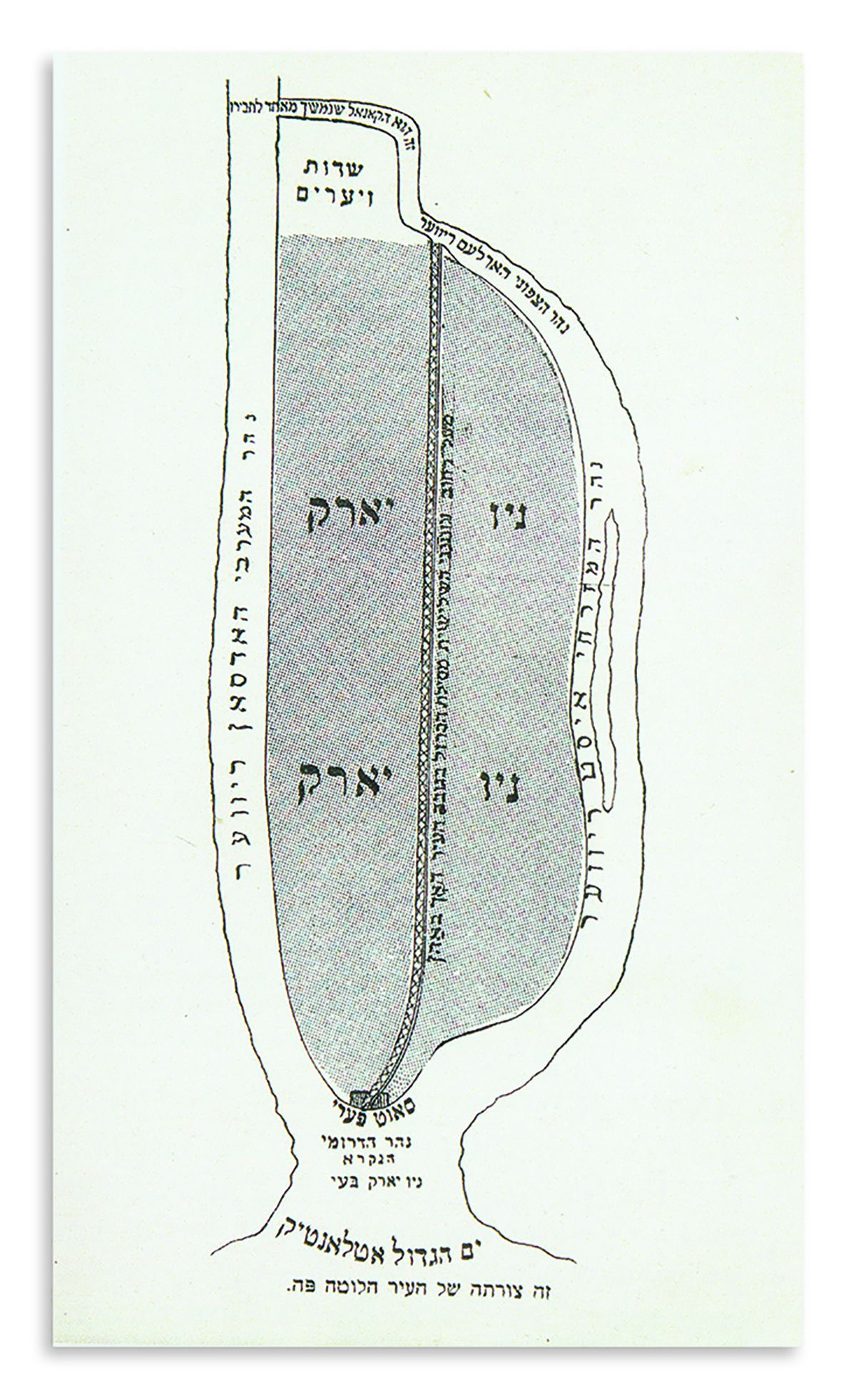 <<FIRST EDITION.>> Title within typographical border. With a map on p. 2 depicting the island of Manhattan from the New York Bay at South Ferry, bounded by the East and Hudson Rivers to the Harlem River in the north and the Third Avenue “El” through the middle. pp. (2), 54. Ex-library, lightly browned. Modern boards with contemporary wrappers bound in. 8vo.

Est: $300 - $500
PRICE REALIZED $2,000
Permits the transportation of personal objects on the Sabbath on the Lower East Side of New York. This pamphlet engendered great controversy as to whether such an Eiruv as proposed, utilizing the rivers and the “El,” was valid or not. Consequently, the author includes here responsa of a number of European decisors supporting his consenting position (viz. R. Shalom Mordecai Hakohen of Brezan, Aryeh Leibush Halevi Hurwitz of Stanislav and Moses Nahum Jerusalimski of Kielce). The pamphlet was published in two stages: Pages 1-26 were published first and sent to various rabbis for their opinion. Once responses were received, pages 27-54 were published containing supporting responses.
Share