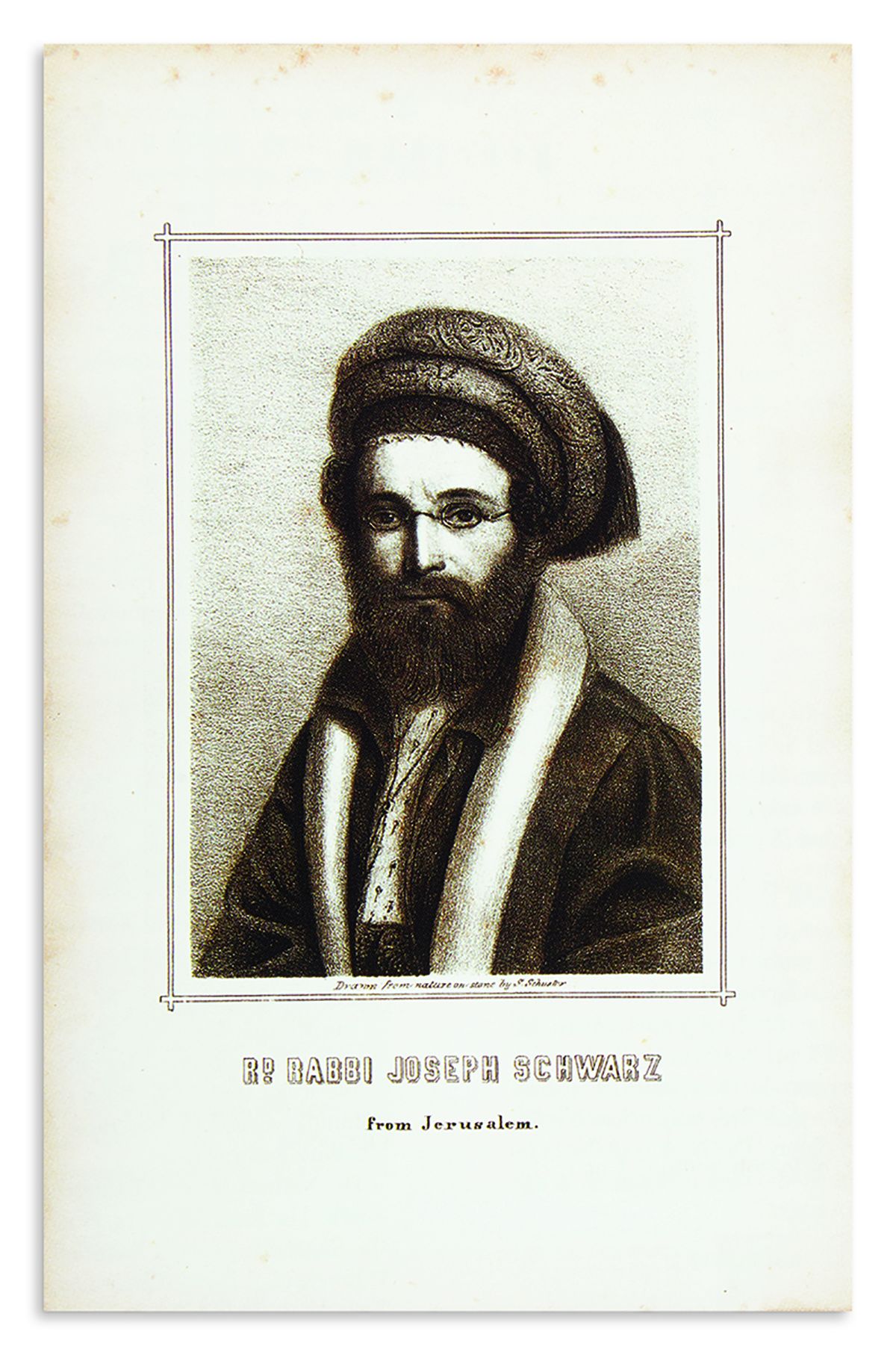 Est: $1,000 - $1,500
PRICE REALIZED $5,500
This work first appeared in Hebrew under the title Tevu’oth Ha’Aretz in 1845. Four years later, the author visited the United States as a rabbinical emissary from the Holy Land and resided with his brother who was already established in New York. Whilst in America, Joseph Schwarz arranged for the Rev. Isaac Leeser to translate Tevu’oth Ha’Aretz into English. The publication was “probably the most important Jewish work issued in America up to that time.” (JE, Vol. XI, p. 119). Leeser was well cognizant of the pioneering status of the new Books and he proudly stated: “The execution of the whole…is the work of Jewish writers and artists, the drawings being executed by Mr. S. Shuster, a lithographer belonging to our Nation” (translator’s preface, p. viii). Leeser published the volume to “extend the knowledge of Palestine…and also to enkindle sympathy and kind acts for those of our brothers, who still cling to the soil of our ancestors” (translator’s preface, pp. viii-ix).
Share