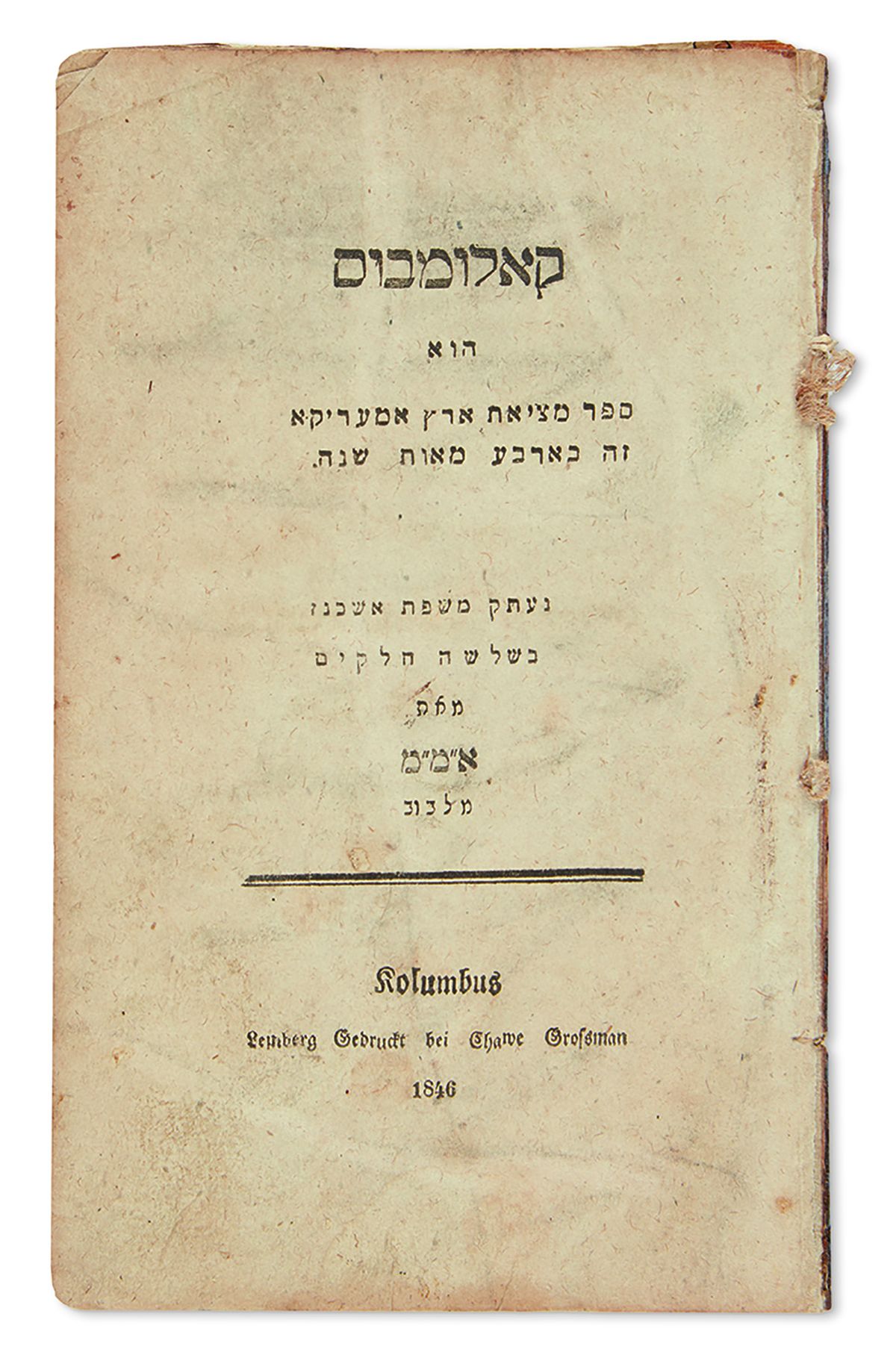 Est: $400 - $600
Children’s history on the discovery of the New World, here translated into Hebrew by Abraham Menachem Mendel Mohr (1815-68) whose initials appear on the title. Speculation concerning the Jewish roots of Christopher Columbus began in 1492 and has never been completely dispelled. Though Campe’s work does not openly argue that Columbus was of Jewish descent, the persistent interest of Jews in the mere possibility, made the Hebrew-reading public eager for new material on the man who first discovered America. Campe’s popular history was first published as Die Entdeckung von Amerika (1780-82) and subsequently translated into most European languages.
Share