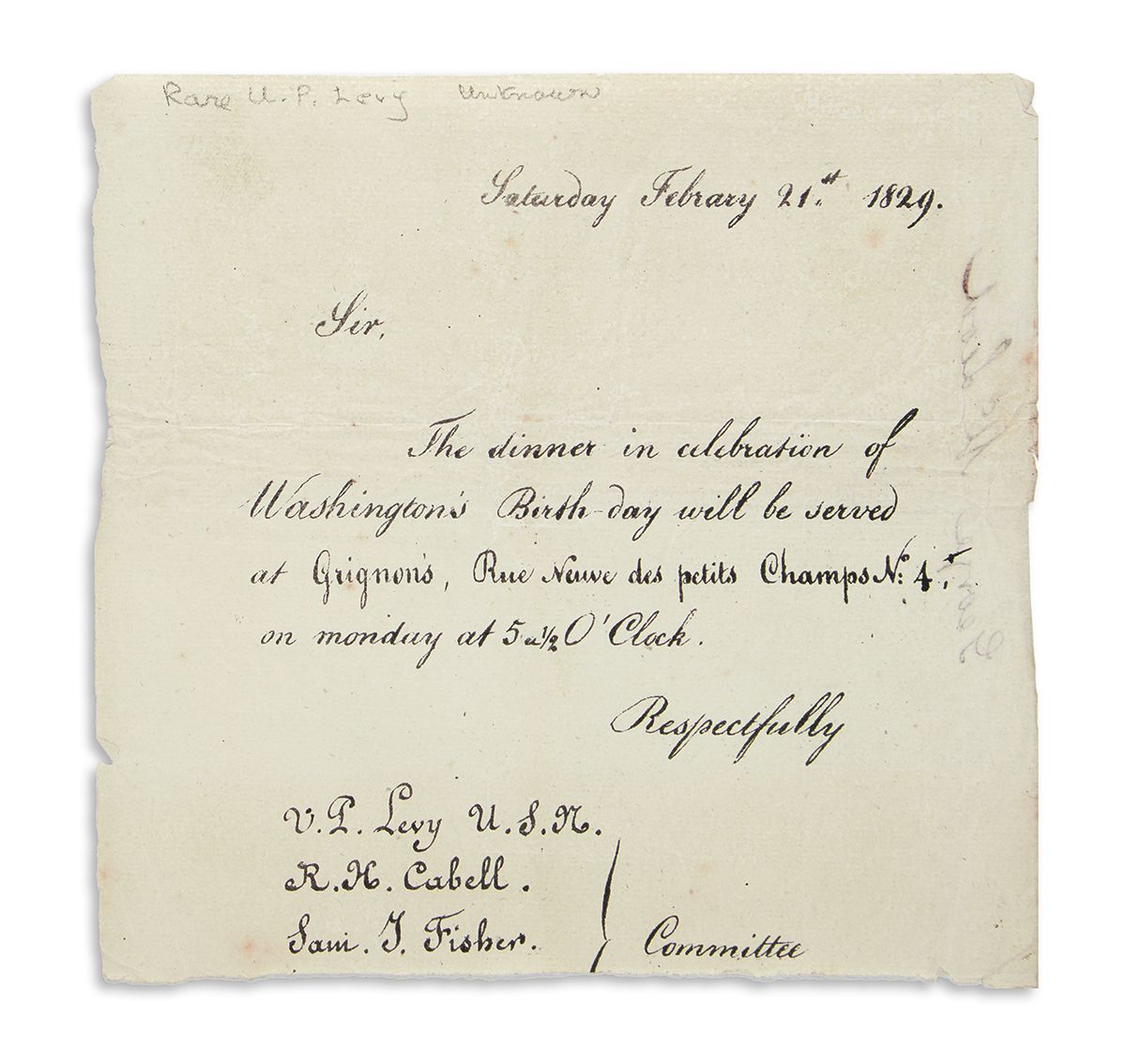 Est: $100 - $150
PRICE REALIZED $1,100
Uriah Phillips Levy (1792-1862) was the first Jewish Commodore in the US Navy and a significant philanthropist to American-Jewish causes. Born in Philadelphia, Levy fought in the Barbary Wars and was later assigned to the USS Argus during the War of 1812. Levy continued to serve in the Navy, rising to the ranks of lieutenant (1817), master commandant (1837), and captain (1844). Levy was instrumental in helping to end the Navy's practice of flogging, and during his half-century-long service, prevailed against the anti-Semitism he faced among some of his fellow naval officers. Levy later developed much wealth through real estate investments which he used to benefit the Bnai Jeshurun Educational Institute in New York. An ardent admirer of Thomas Jefferson, in 1836 Levy purchased Monticello, the late President’s estate, which decades later was gifted to the American people.
Share