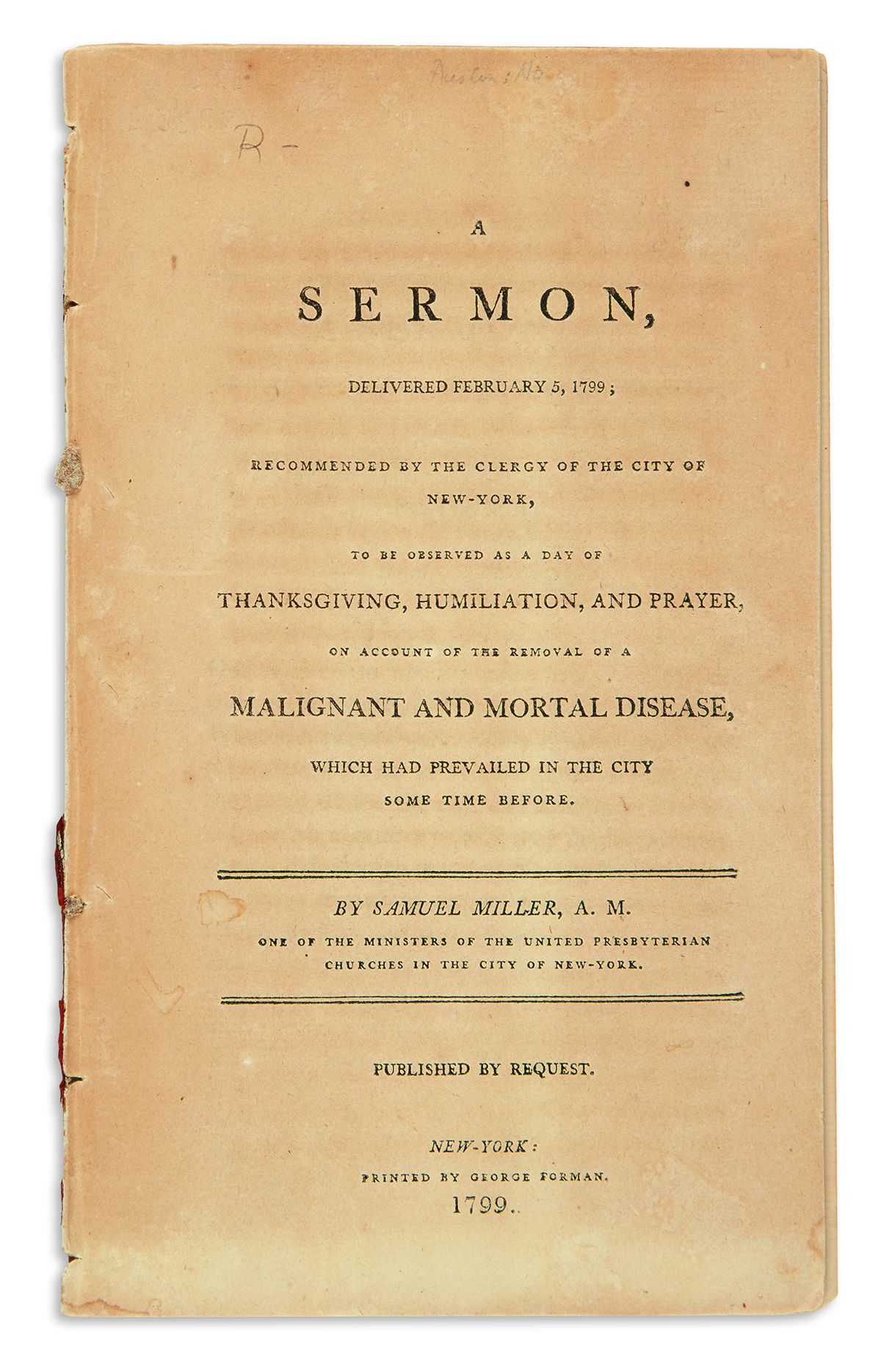 Recommended by the Clergy of the City of New-York to be Observed as a Day of Thanksgiving, Humiliation, and Prayer, on Account of the Removal of a Malignant and Mortal Disease which had Prevailed in the City Some Time Before. pp. 36. Unbound. 8vo.

Est: $300 - $500
Samuel Miller (1769-1850), a minister of the United Presbyterian Churches in New York, delivered this sermon on the occasion of a day of prayer declared for the aftermath of an epidemic in New York City. At the end of this sermon is a chart listing deaths by cemetery, and thus religion, numbering more than 2000 between August and November 1798. Eleven Jews are listed. Out of a total population of 60,000 in New York City at the time, this was a grievous epidemic indeed. The notes appended to the sermon suggest that many fled during this period, and had they not, the death toll would have been four or five times higher “O Death! How large the catalogue of thy trophies!” laments Miller. The disease itself is not named, but other accounts suggest that the malignant and mortal disease was malaria.
Share