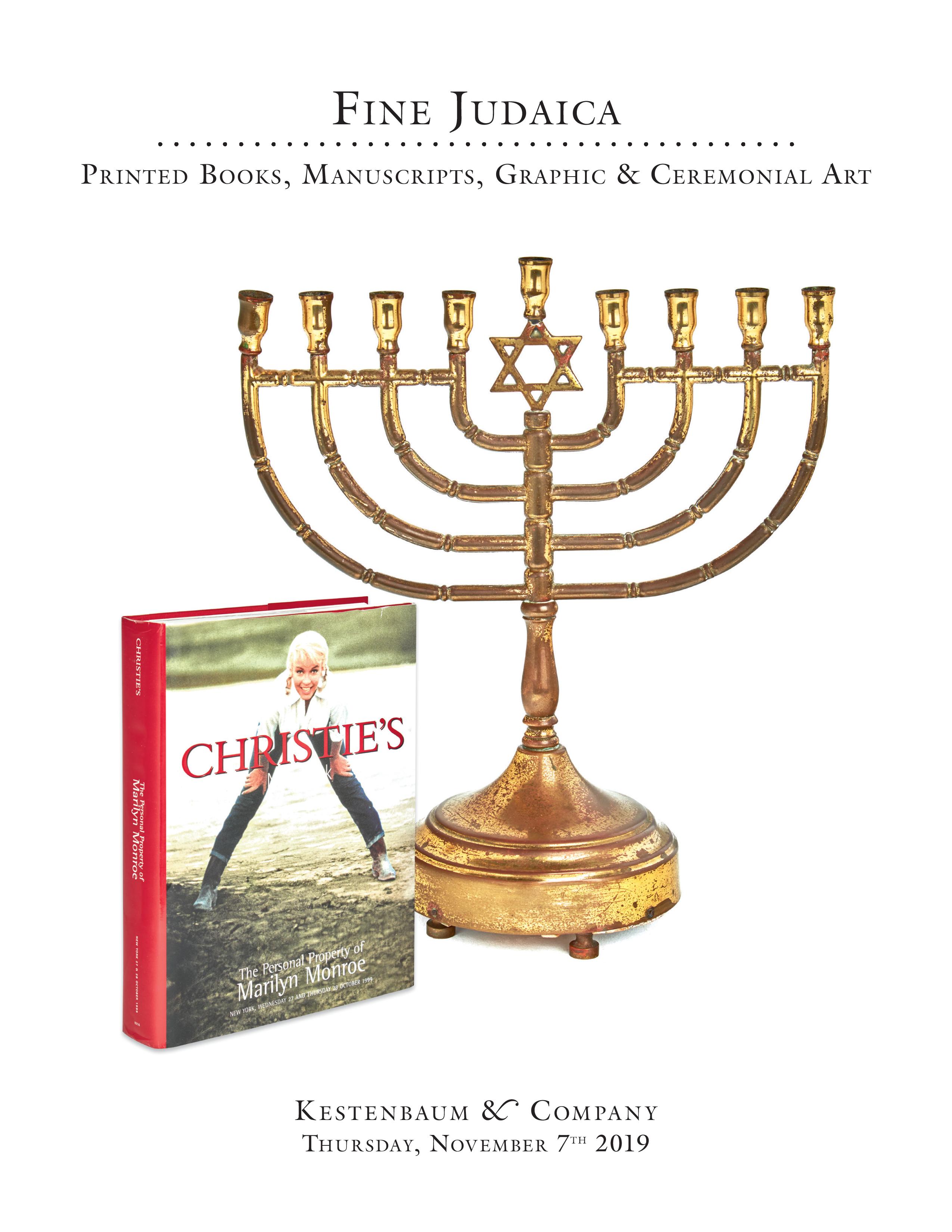 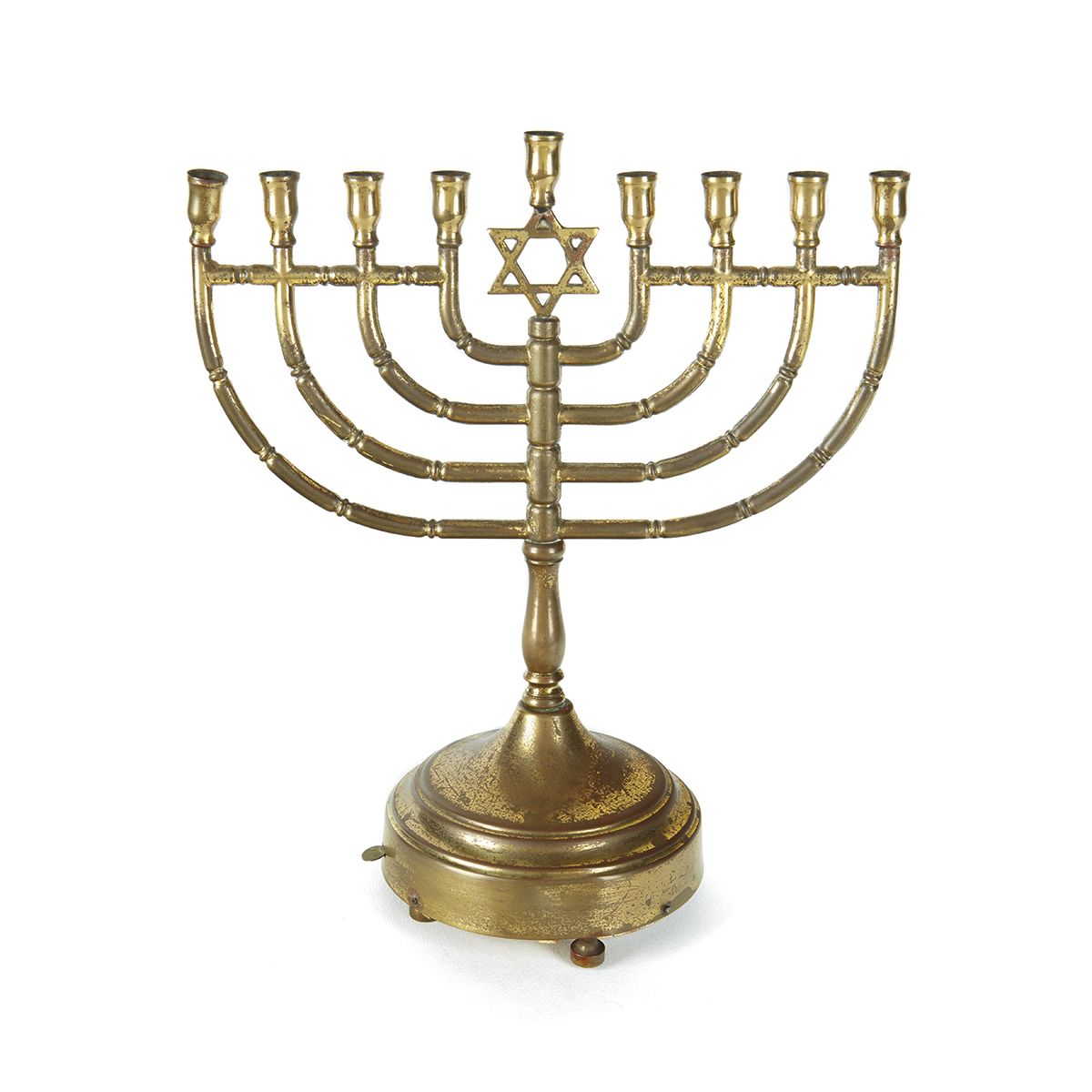 Est: $100,000 - $150,000
PRICE REALIZED $90,018
Cylindrical trumpet-form base supporting a baluster stem and continuing to ringed curved arms ending in nine candle nozzles. Star-of-David at center. Set into base, a wind-up mechanism (in full working order) plays Hatikvah, the national anthem of the State of Israel. Height: 10.25 inches (26 cm); width: 9 inches (22.86 cm). <<Marilyn Monroe’s Personal Menorah. Presented to her by the parents of her new husband, Arthur Miller.>> <<Provenance:>> Christie’s New York, The Personal Property of Marilyn Monroe, 27th-28th October, 1999. Lot 354 (full-page illustration). Marilyn Monroe (1926-62) is among America’s - if not the world’s - most popular cultural icons. Following her divorce from baseball-player Joe DiMaggio, Marilyn Monroe developed a relationship with the great American playwright, Arthur Miller, and in June, 1956 they married in a civil service followed by a Jewish religious ceremony two days later. Monroe who had just turned 30, never had a real family of her own and was eager to join the family of her new husband and so she converted to Judaism. She took the decision seriously, studying Judaic texts with the Miller family’s rabbi, Robert E. Goldburg. Marilyn’s conversion to Judaism was to “express her loyalty and get close to both Miller and his parents.” Indeed a deep mutual bond was formed with her new parents-in-law, as a consequence of which, they gifted Marilyn this Menorah. See Jeffrey Meyers, The Genius and the Goddess: Arthur Miller and Marilyn Monroe (2010). <<Exhibited:>> Jewish Museum, New York: “Becoming Jewish Warhol’s Liz and Marilyn.” (September, 2015 - February, 2016). “Just unveiled at the Jewish Museum is a small but absorbing show, ‘Becoming Jewish’ …it might as well be called “Who knew?” As in, “Who knew two of Hollywood’s greatest goddesses quietly converted to Judaism?” … If you’ve never seen Marilyn Monroe’s Menorah … What are you waiting for?” (The New York Post, 27th September, 2015). <<*>> Provenance paperwork will be provided to the successful bidder.
Share