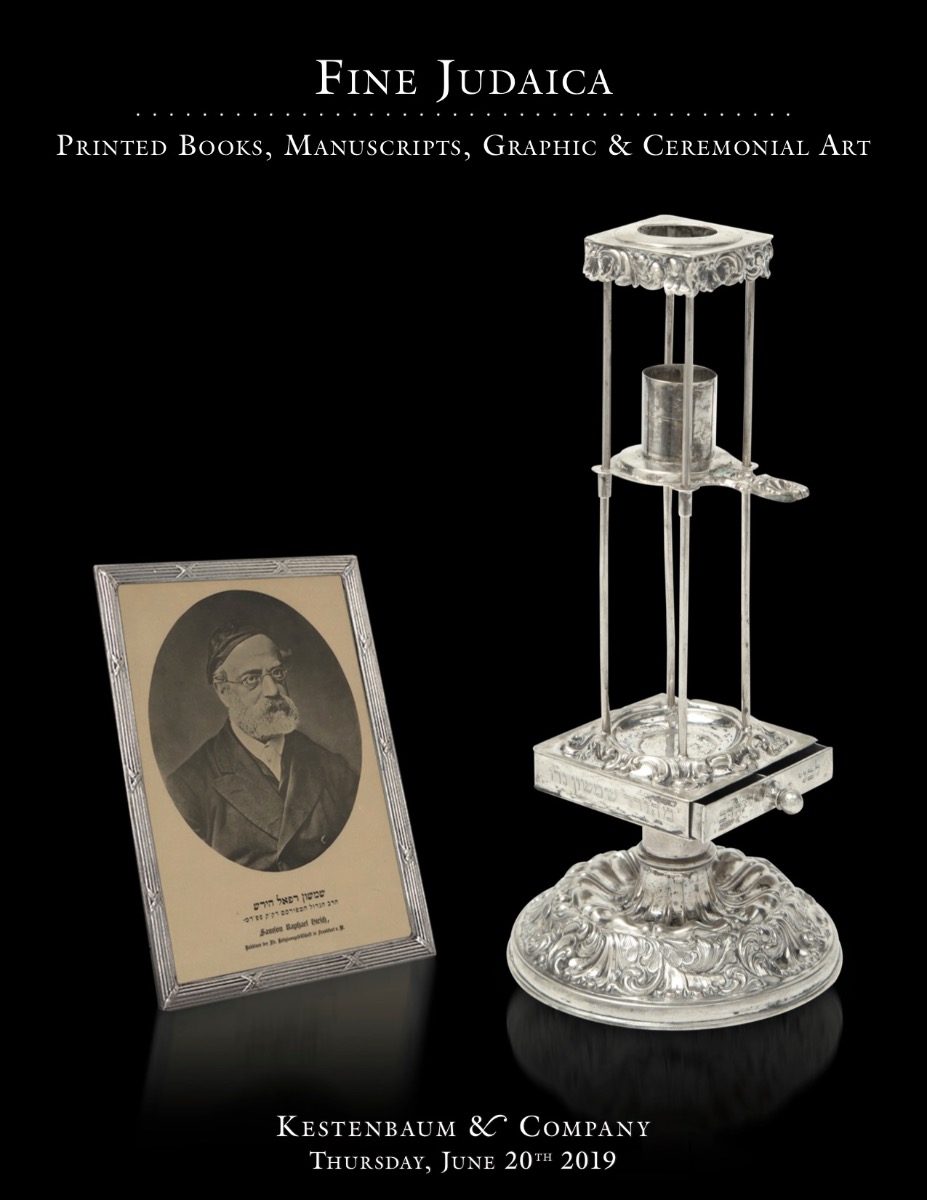 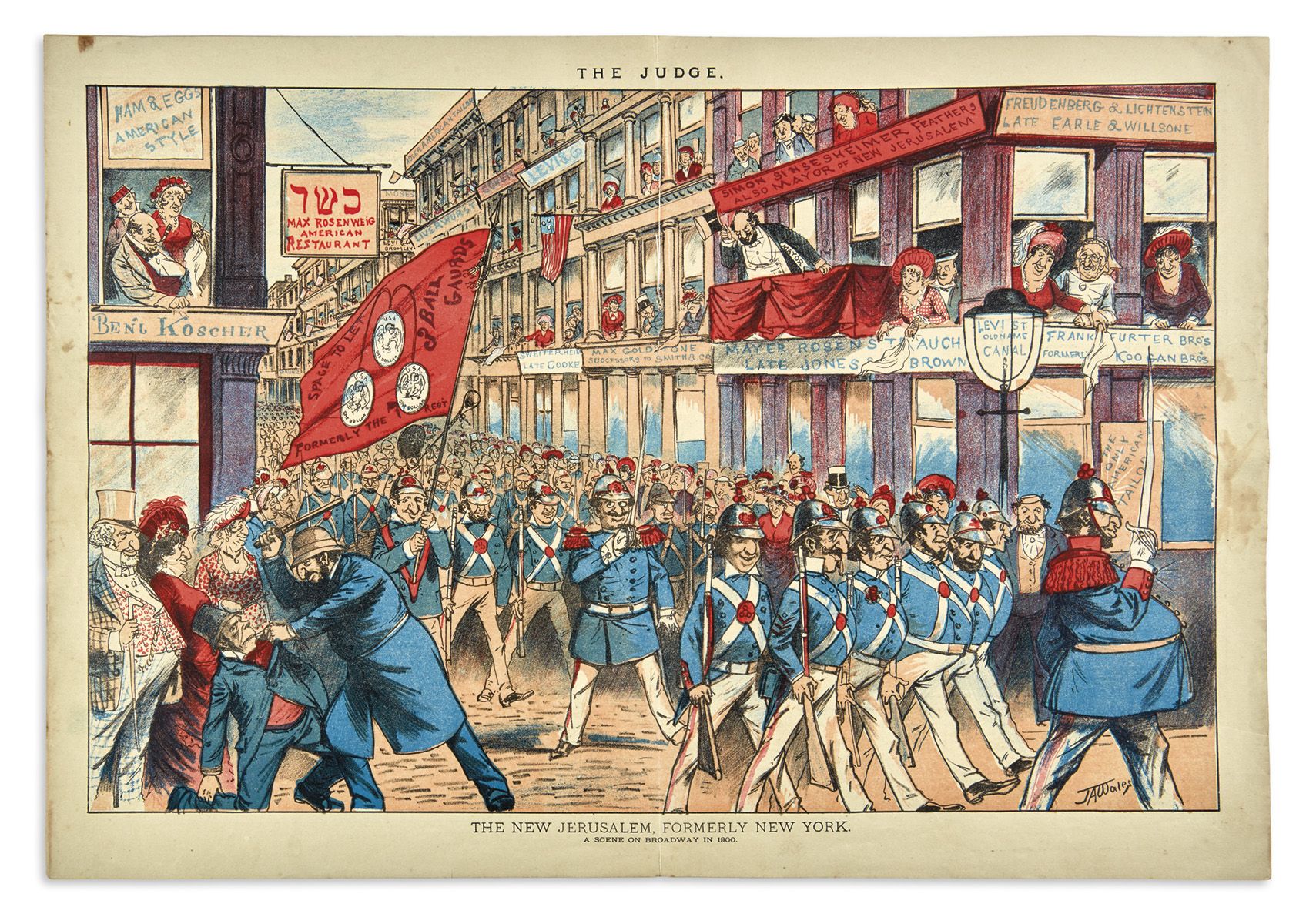 Est: $600 - $900
PRICE REALIZED $550
Judge was a weekly magazine published in New York from 1881 until 1947. It was launched by artists who had seceded from its rival ‘Puck.’ This satiric depiction envisions Jews having taken over New York City: Soldiers with stereotypical Jewish features marching along ‘Levi Street’ (formerly Canal Street) with all store-fronts bearing by Jewish names.
Share