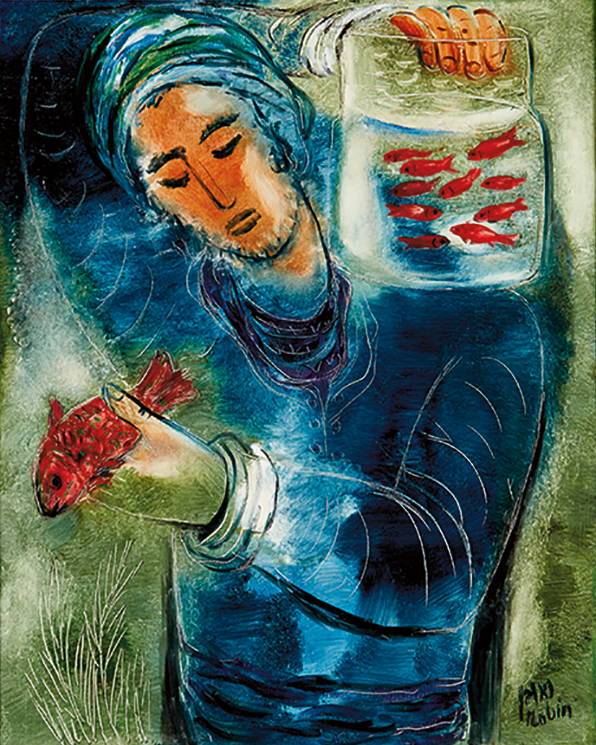 Kestenbaum & Company’s inaugural auction of exclusively Israeli Art was a resounding success as ardent collectors from around the globe spiritedly competed to own paintings and drawings by many of Israel’s most celebrated artists. The collection for sale was formed by the late Stanley I. Batkin, the New York City based philanthropist who set out, many decades ago, to collect the finest examples from each and every major Israeli artist. Contributing to the allure for buyers in this auction were the facts that the artwork was fresh to the market and had been, over the years, exhibited at illustrious locations including The Israel Museum, The Tel Aviv Museum of Art, New York’s Jewish Museum and the Venice Biennale.

Yaacov Agam’s From Birth to Eternity, Paris, 1969-72, composed on angled aluminum on wood, generated tremendous interest. Estimated at $30,000-40,000, after more than 10 minutes of bidding in the salesroom, on the internet and the telephone, the work sold to a South American phone bidder for $186,860.