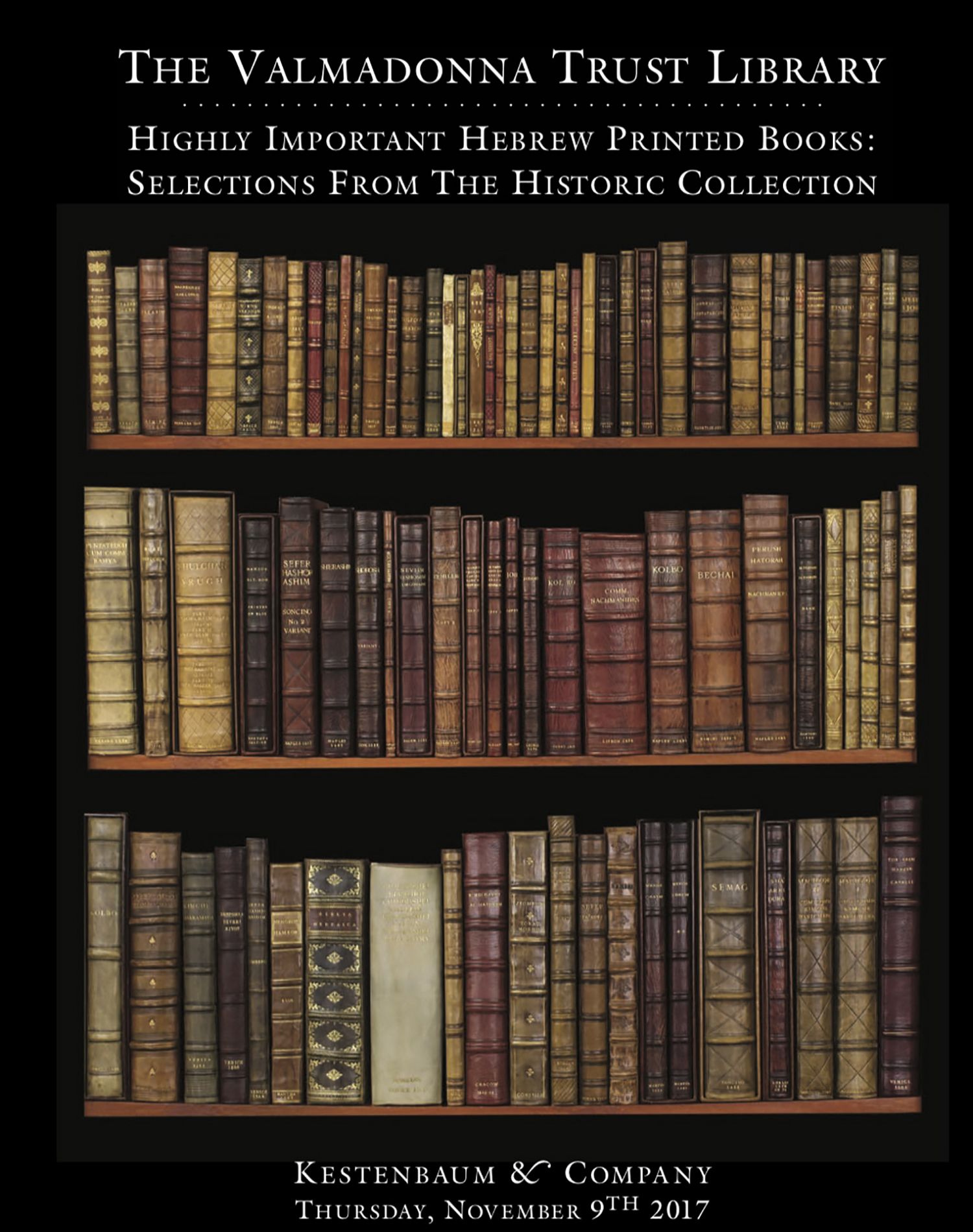 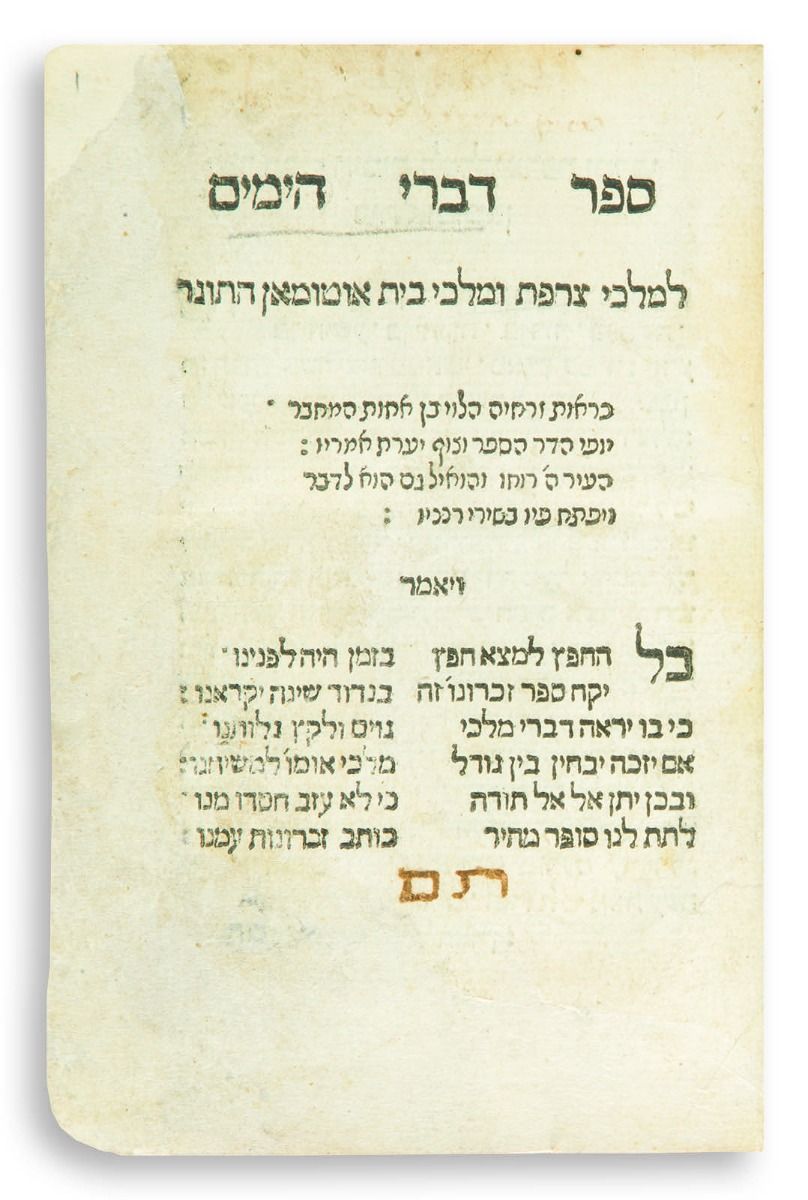 Est: $10,000 - $15,000
PRICE REALIZED $27,000
An important and rare work of historiography with much material relating to the discovery of the New World.Despite a title that limits itself to the Royalty of France and the Ottomans, HaKohen’s work is in fact a universal history of more than a millennia - from the foundation of the Frankish kingdom by Clovis at the end of the 5th-century to the year 1550.This broad chronological account of Euro-Asian history is the most important text by the Genoese-Jewish scholar Joseph HaKohen (1496-1575), a native of Provence, who wrote in Voltaggio, a small village above Genoa. HaKohen was one of the few Jewish historians of the Renaissance (and later) who also focused upon non-Jewish themes. The author presents here his text on the basis of the struggle between East and West - the outcome of which depended upon the treatment of Jews by each civilization: Christian and Muslim. France represented to HaKohen the leading Western power and the Ottoman Empire the Eastern power – each, battling for supremacy.The work is divided into two parts. The first covers the period from the decline of the Roman Empire to the deaths of Maximilian I (in 1519) and Selim I (in 1520). The larger second part focuses upon the 33 years between 1520 to the year of the book’s publication. Clearly the author felt that the era in which he was living was a new, significant epoch that had broken away from the past.The book includes a lengthy account of the discovery of the New World recording recent explorations and discoveries, which in turn shone a perspective on the often negative relationship between Europe’s Jews and Christians. HaKohen envisioned the settlement of newly discovered territories in the Americas as a harbinger of a new age in which social injustice and discrimination would cease to exist.The first Hebrew book to use the word “America” in describing the New World (see ff. 154-55)See N.J. Efron, “Knowledge of Newly Discovered Lands among the Jewish Communities of Europe” in: P. Bernadini and N. Fiering (eds.) The Jews and the Expansion of Europe to the West 1450-1800 (2001) pp. 54-7; R. J. H. Gottheil, Columbus in Jewish Literature in: AJHSP, Vol. II (1894); M.J. Heller, The Sixteenth-Century Hebrew Book, Vol. 1 (2004) p. 387.
Share