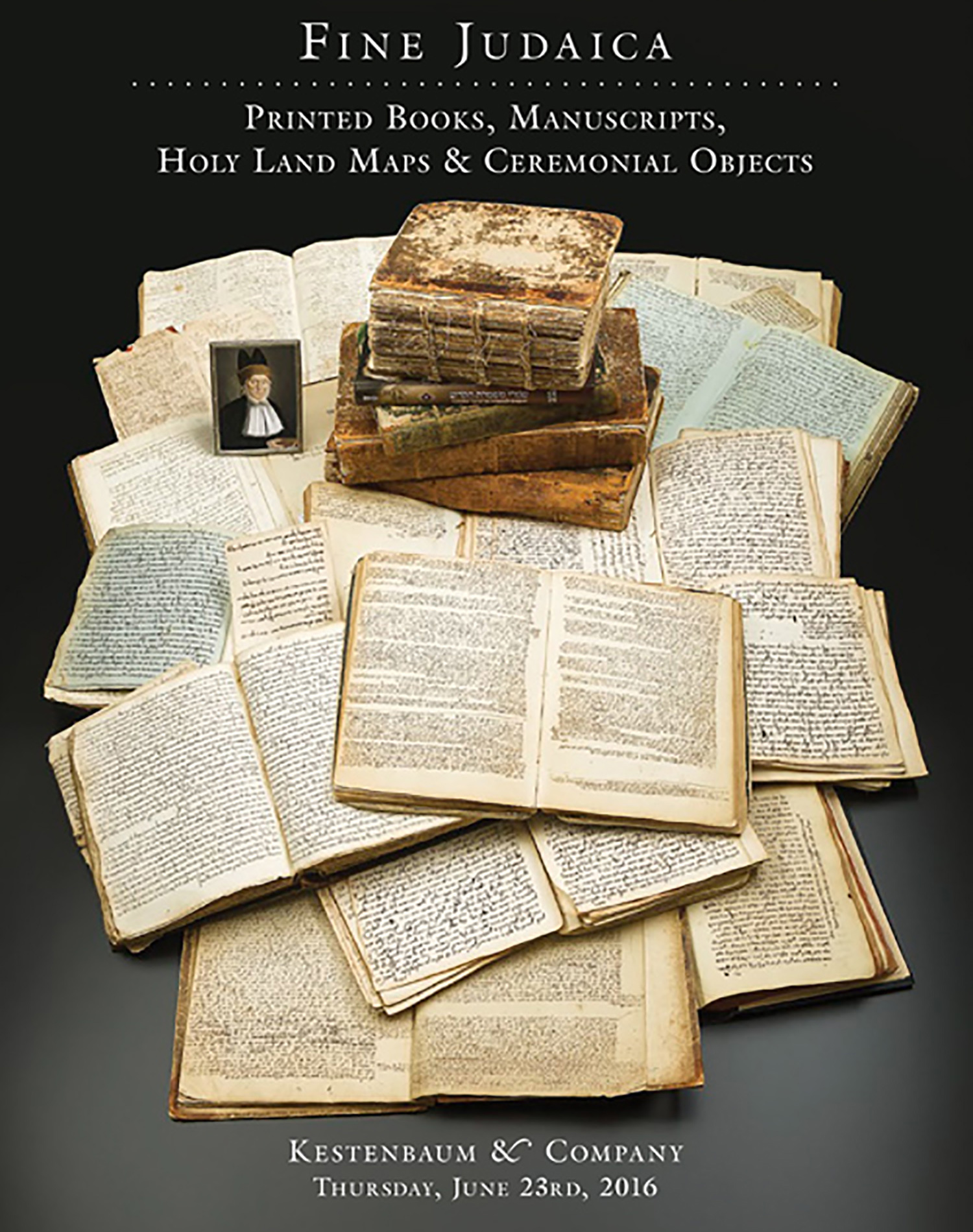 Est: $12,000 - $18,000
PRICE REALIZED $32,000
<<AN IMPORTANT DOCUMENT OF GREAT HISTORICAL VALUE. THE VERY BEGINNINGS OF LUBAVITCH CHASSIDISM IN THE UNITED STATES.>> A fascinating and detailed personal record of the daily financial activities of the Lubavitcher Rebbe from his very first arrival in the United States - and for practically a full year thereafter. The very first entry is dated 9th Adar Sheini, (19th March) 1940 which is indeed the very day that the Frierdiker Rebbe arrived in America from Nazi-Europe aboard the SS Drottningholm. The journal is packed with page after page listing the specifics of sources of income and reasons for expenditures. The hundreds of entries of Ma’amodoth contributions is a veritable ‘who’s-who’ of those involved and associated with the Lubavitch movement - from earnest Chassidim to venerable Rabbis, laymen to womens’ organizations. Recorded are names of those associated with donating funds for what would be the eventual purchase of 770 Eastern Parkway; as well as organizations who allied themselves with the Rebbe’s activities: Vaad Hatzalah, the Joint, etc. Financial support is recorded as having come from more donors located in more than a dozen cities across America, as well as overseas (England, Eretz Israel, Shanghai). R. Yosef Yitzchak Schneerson is always careful here to specify from where funds are designated, e.g: Beith Dirah; Kupath Tomchei Temimim, Kupah HaPrati, Keren HaBayith etc. Of especial interest are the entries entitled Ezer (“Assistance”): Rabbi Breuer’s mikve in Washington Heights (p. 8); Talmidei Mir (p. 10); Ezrath Vilna (p. 15); Gemach Rabbi Rivkin (p. 16); pledge to Yeshivath Y”E (= Yitzchak Elchanan) (p. 16). The Rebbe explicitly indicates how the various funds were delivered i.e. in person, by mail or through an intermediary (i.e. Gurary, Levitin, Rabinowitz, Jacobson, Kramer, etc). Much expense is given over to travel: Domestic expenditures to Washington and providing visas and passage for those overseas. A detailed study of this record-book will reveal much original insight relating to the Frierdiker Rebbe’s first arrival in America, from temporary accommodation in a hotel on Manhattan’s Upper West Side, to the purchase in Brooklyn of what was to become the iconic headquarters of the Lubavitch movement - 770 Eastern Parkway. Extended lot description available upon request.
Share