Important and extensive archive of c. 1,200 documents relating to the Hebron Massacre of August 1929. 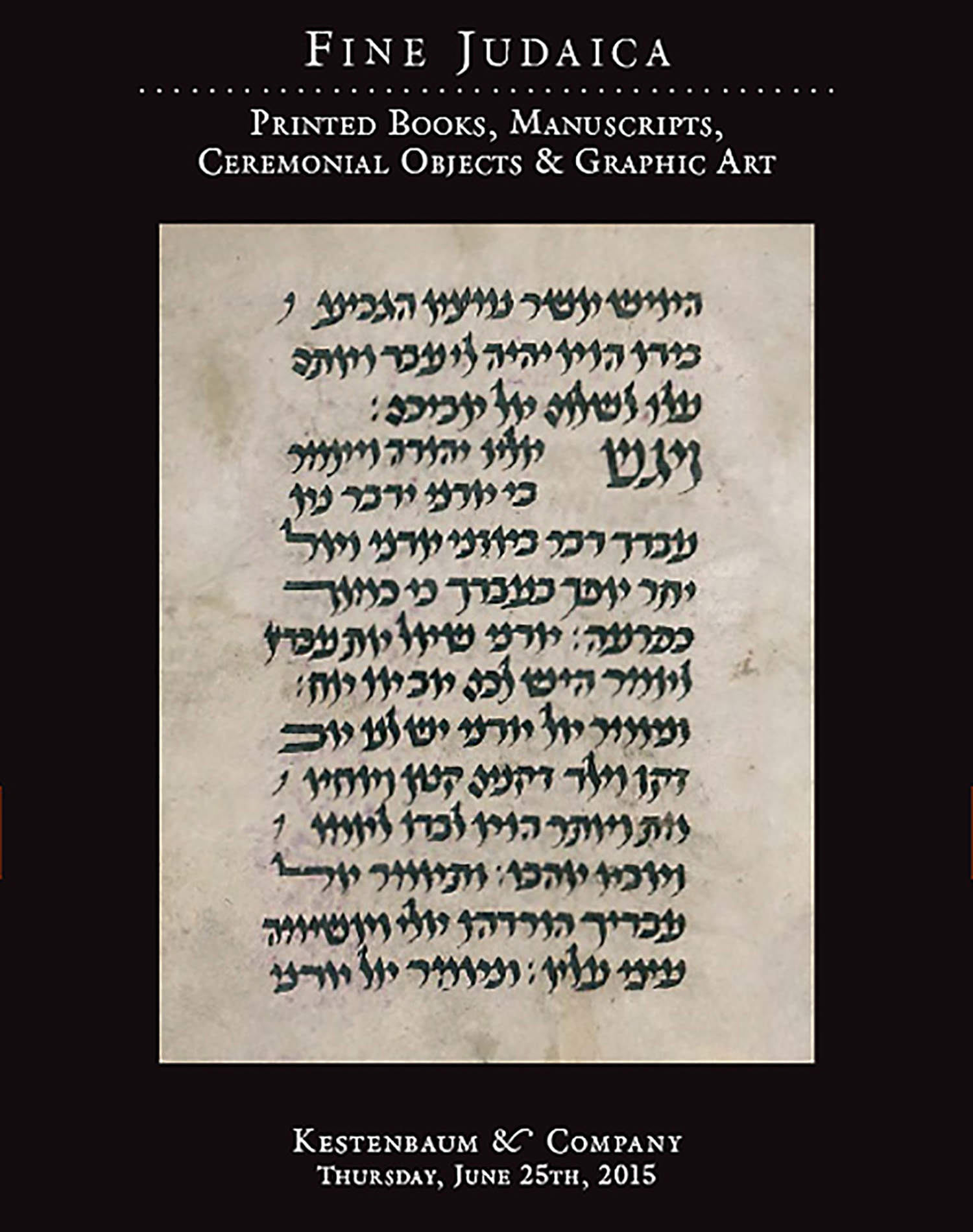 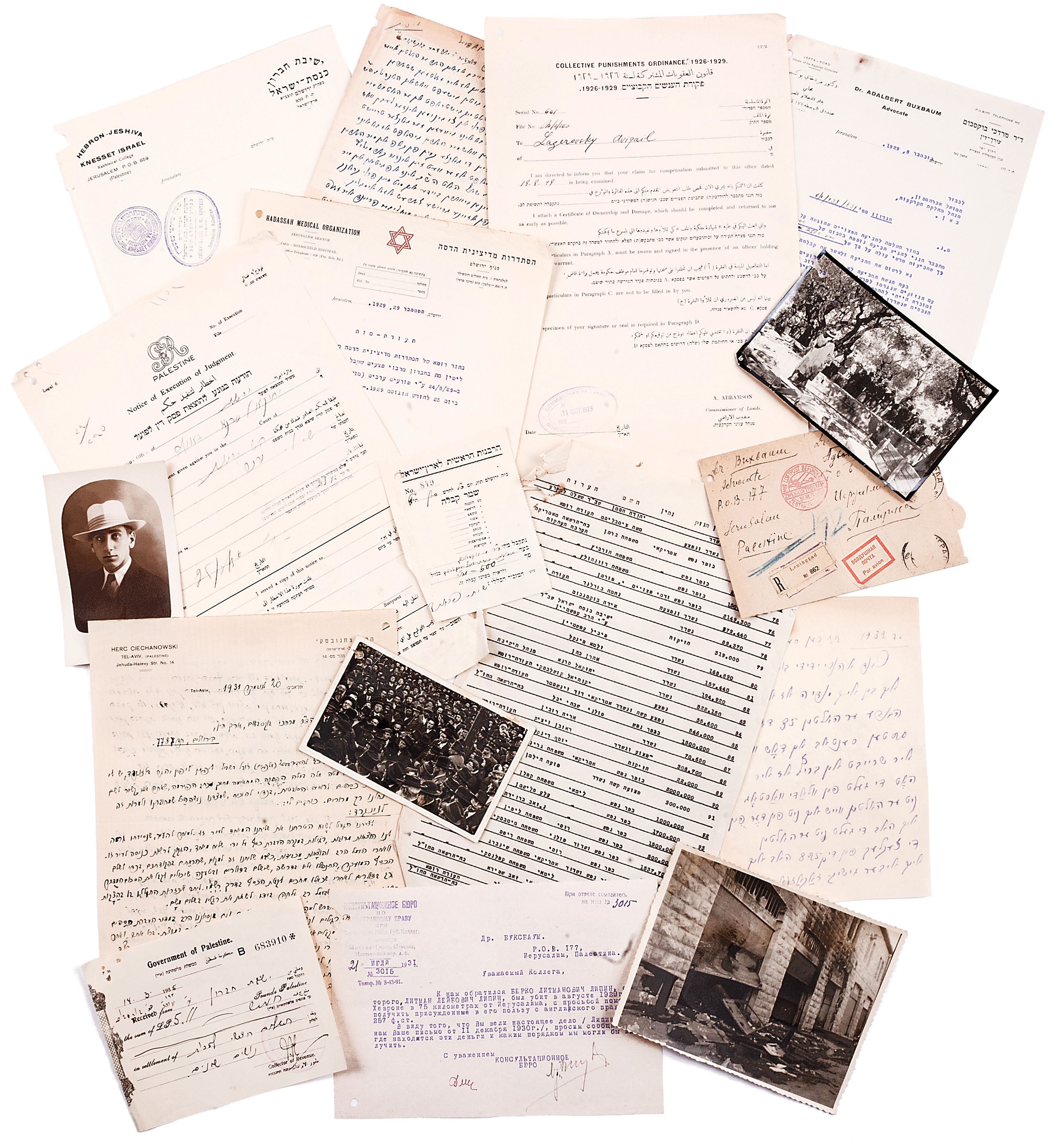 Important and extensive archive of c. 1,200 documents relating to the Hebron Massacre of August 1929.

On August 24th, 1929, sixty-seven Jews, among them twenty-three Yeshiva students, were massacred in Hebron by an Arab mob. Acts of awful brutality were carried out by the rampaging Arabs, including the beheading of babies and rape of mothers. In addition, sixty Jews were seriously injured, synagogues and other Jewish property were looted and burned, including a Jewish hospital. The Jewish community of Hebron, which had existed for centuries, was destroyed. This was the first serious outbreak of terrorism by the Arab community against the Jews of Palestine, souring what until then had been a relatively peaceful, albeit not amicable relationship. The British, who were responsible for Mandate Palestine, appointed a committee of inquiry, the Shaw Commission, to investigate the rioting. Much of the responsibility for the riots were attributed to Al-Hajj Amin Husseini, mufti of Jerusalem. Nevertheless, the commission accepted most of the Arab claims that the fundamental cause of the outbreak were due to “disappointment of their political and national aspirations and fear for their economic future.” The documents offered here are first hand testimony, details of the losses of life and property, official records and findings of the commission, and most movingly, deeply emotional letters from survivors and relatives. There are also detailed descriptions of property damages suffered by the yeshivot, signed by Roshei Yeshivot, (R. Haskel Sarna, R. Y. L. Hasman, R. Epstein, and others).
Est: $30,000 - $50,000
PRICE REALIZED $36,000
This unusually comprehensive collection of archival documents related to the 1929 Hebron Massacre provides insight into the political atmosphere, tension between the communities, and the first organized terror attacks in Palestine. The documents are primarily organized by case in several file-folders accompanied by a large number of separate documents. There are five large volumes each containing numerous records and documents pertaining to all aspects of each case. The documents, in Hebrew, English, and occasionally Yiddish, consist of personal statements, affidavits, eyewitness testimony, correspondence from survivors and family members, attorney communications, civil claims, court documents, defendant testimony, assize appeals, judgments and varied associated materials. The massacre sent shock waves through Jewish communities in Palestine and around the world. It led to the re-organization and development of the Jewish paramilitary organization, the Haganah, which later became the nucleus of the Israel Defense Forces. In the meta-narrative of Zionism the event became ‘a central symbol of Jewish persecution at the hands of bloodthirsty Arabs’ and was ‘engraved in the national psyche of Israeli Jews’, particularly those who settled in Hebron after 1967. <<Available upon request is a detailed listing that provides a comprehensive inventory.>> (Inventory and catalogue description prepared by Dr. M.J. Heller).
Share