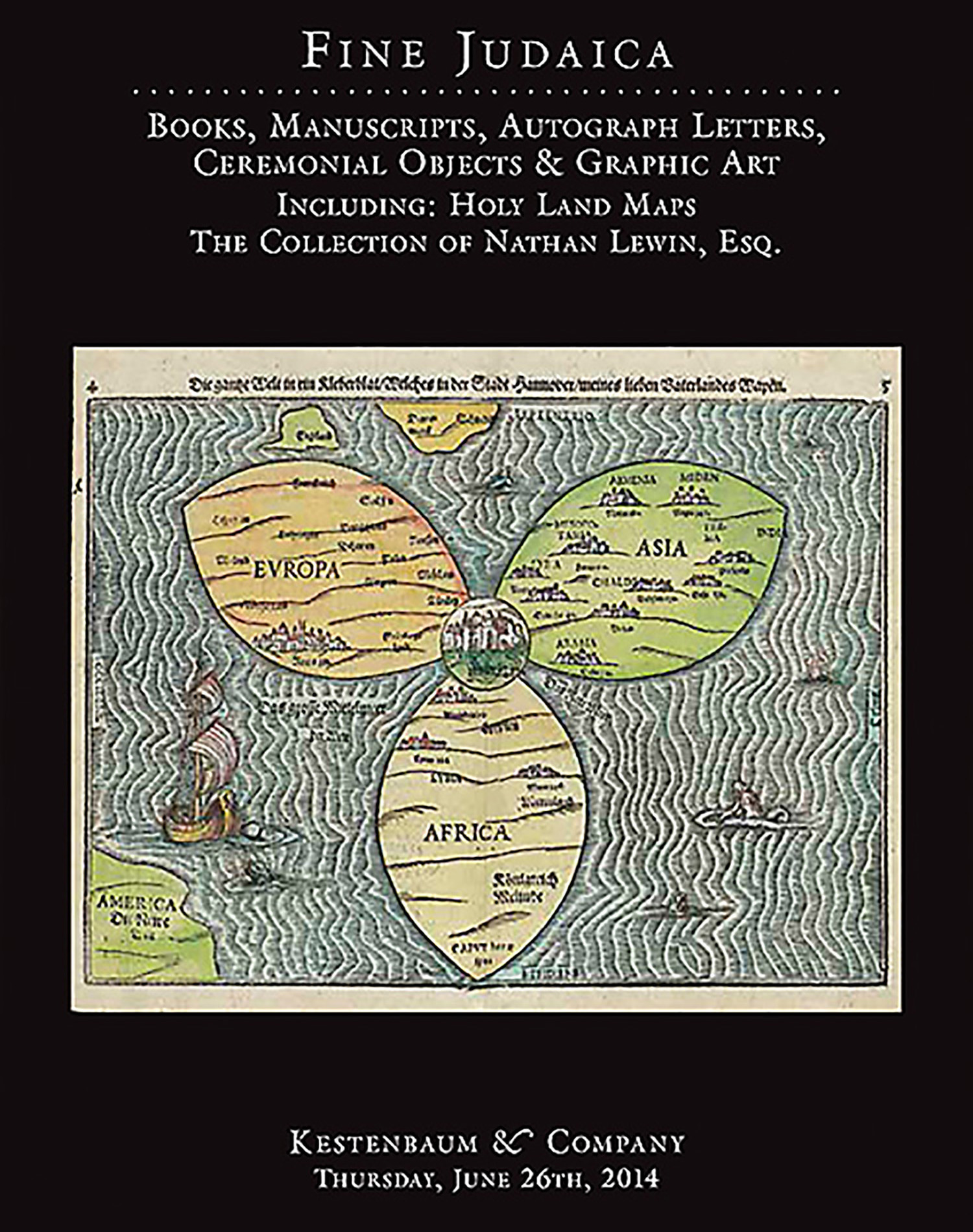 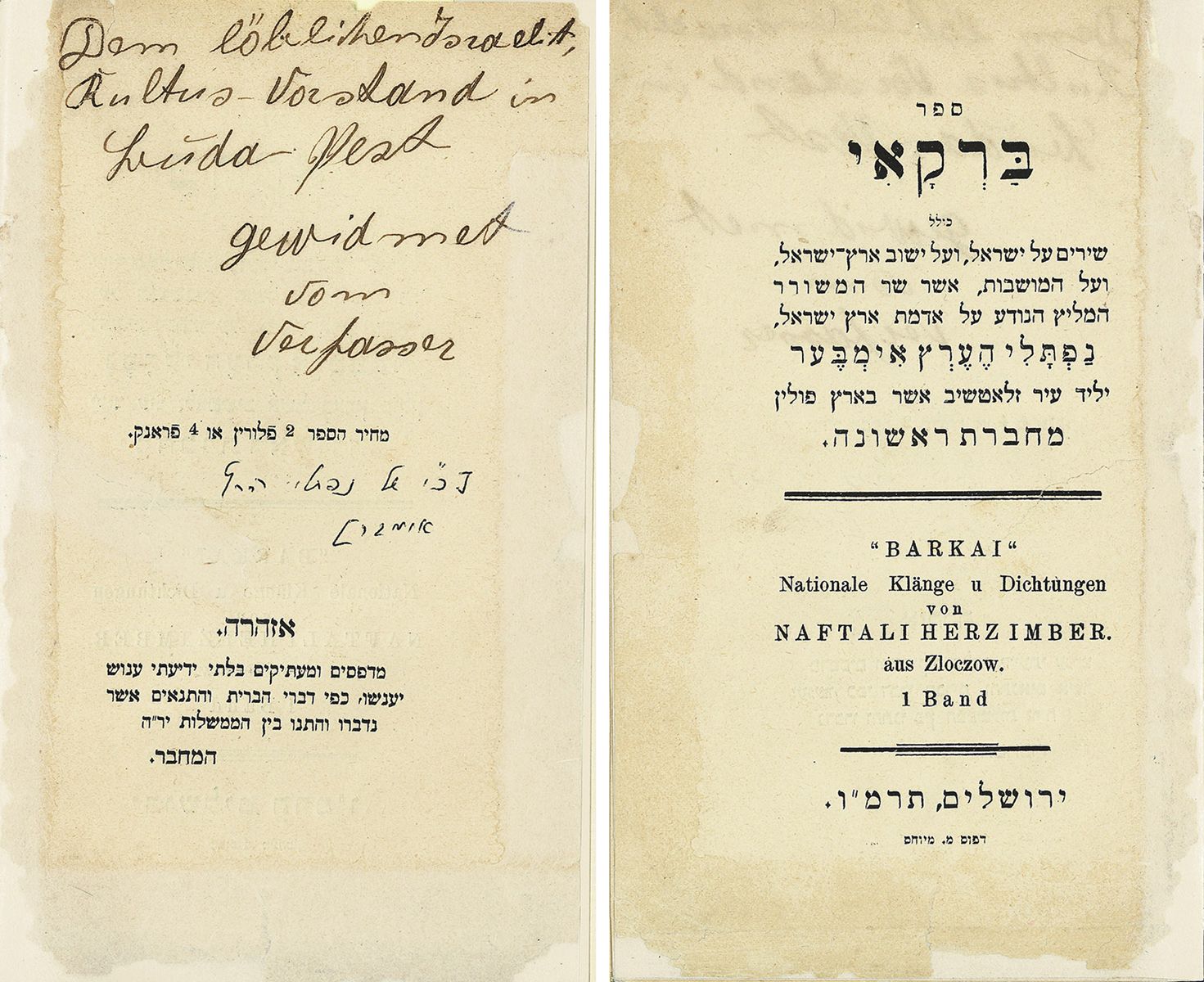 Est: $40,000 - $50,000
PRICE REALIZED $40,000
<<Exceedingly rare first appearance of the State of Israel’s National Anthem. A presentation copy inscribed and signed by the author.>> Ha-Tikvah (”The Hope”) is the Zionist and Israeli national anthem. Written by Naphtali Hertz Imber (1856-1909) as a nine-stanza poem named Tikvatenu, Imber put into words his feelings in the wake of the establishment of Petach Tikva, one of the first Jewish settlements in the early days of the Zionist development of the Land of Israel. The original text of Ha-Tikvah was modified to reflect Zionist political ideology. Among the most significant change was the addition of the famous phrase “to be a free people in our land.” Ha-Tikvah became increasingly popular and was accepted as the Jewish anthem at the Sixth Zionist Congress, held in Basel in 1904. When the State of Israel was established in 1948, Ha-Tikvah was popularly proclaimed to be the new country’s national anthem, although it was not officially legislated as such until the Knesset ruled so in November 2004. Ha-Tikvah was first published in Jerusalem in 1886 at a time when Imber was relatively unknown and his work unrecognized. Printed in a small run, only five copies are recorded extant in Israel and the United States today. The present copy is of value not only because of its rarity and historical importance, but also due to the fact that it is the sole copy personally inscribed by Imber. <<Alongside Herzl’s The Jewish State and Ben Gurion’s Declaration of Independence, this signed copy of Ha-Tikvah is a landmark of Zionist history.>>
Share