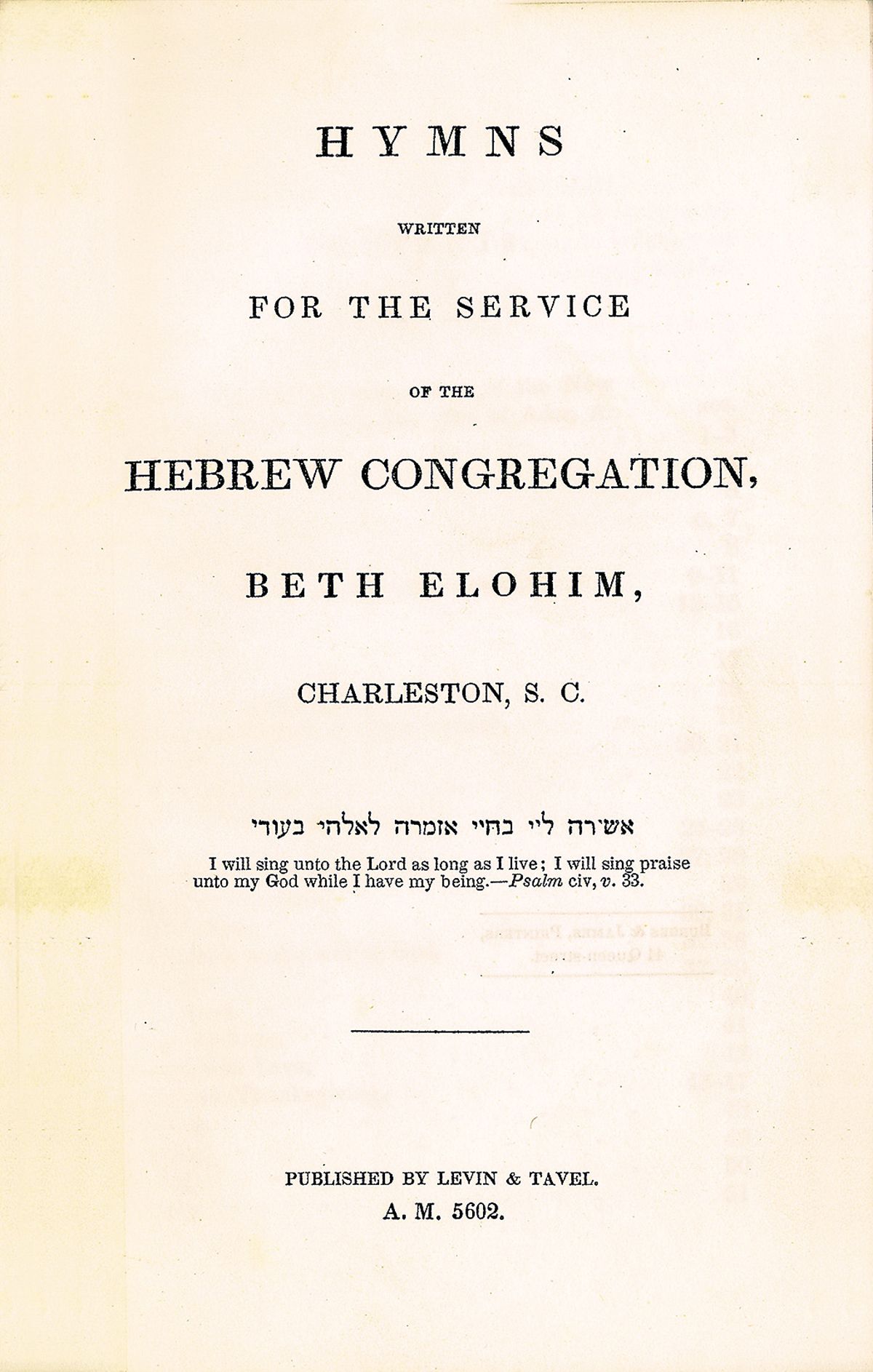 Est: $8,000 - $10,000
PRICE REALIZED $17,000
The first Jew to publish a book of poetry in the United States – a woman – Penina Moise (1797-1880) was one of the most prolific and creative writers of poetry on Jewish themes in America. Moise was also superintendent of the first Jewish religious school in Charleston and many of her poems and songs focused upon Jewish history and heritage in order to encourage a sense of pride in the Jewish faith of these school-children. The hymns here are still in use by many congregations as found in the Union Hymnal. See Hyman & Moore, Jewish Women in America: An Historical Encyclopedia (1997) pp. 932-3.
Share