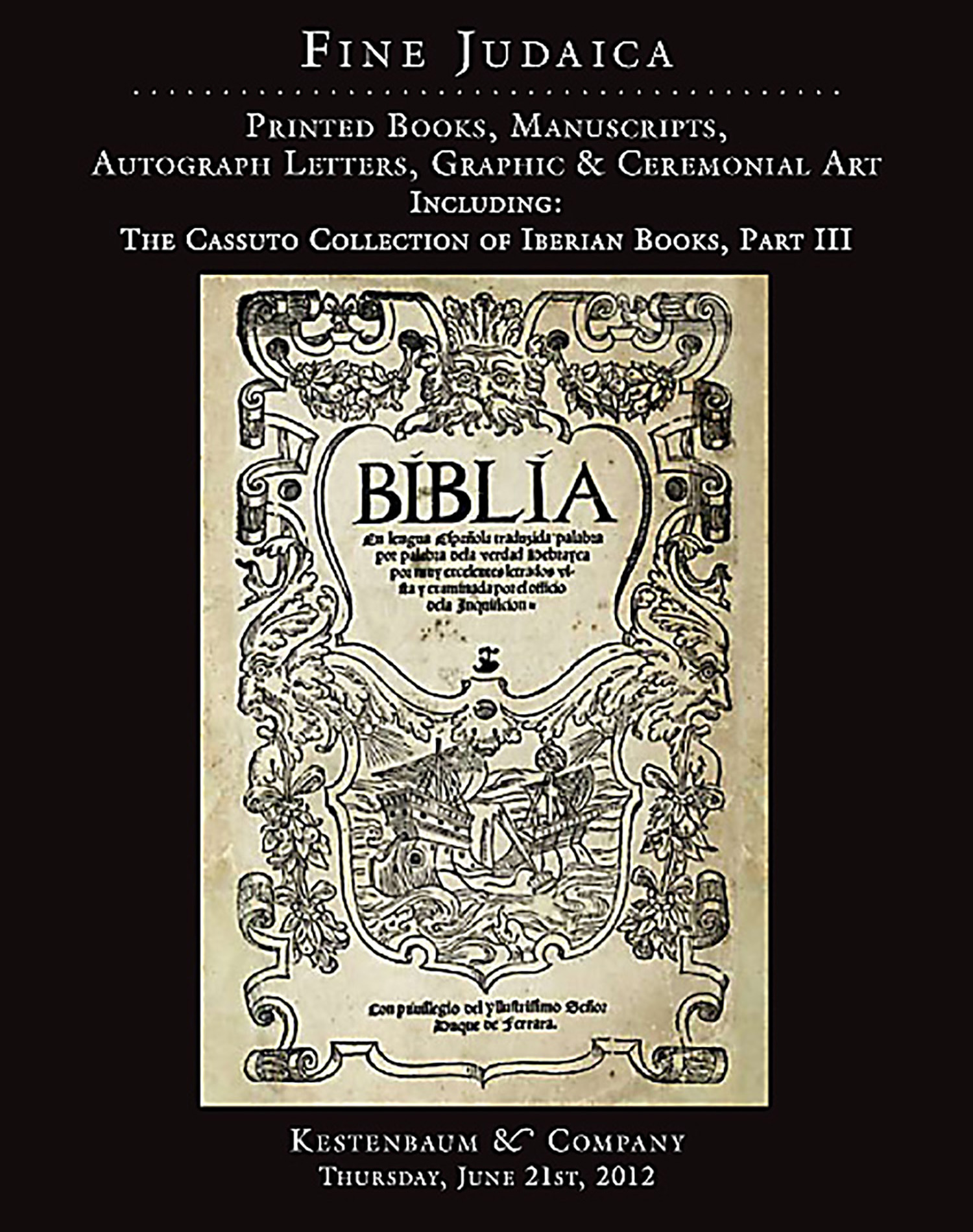 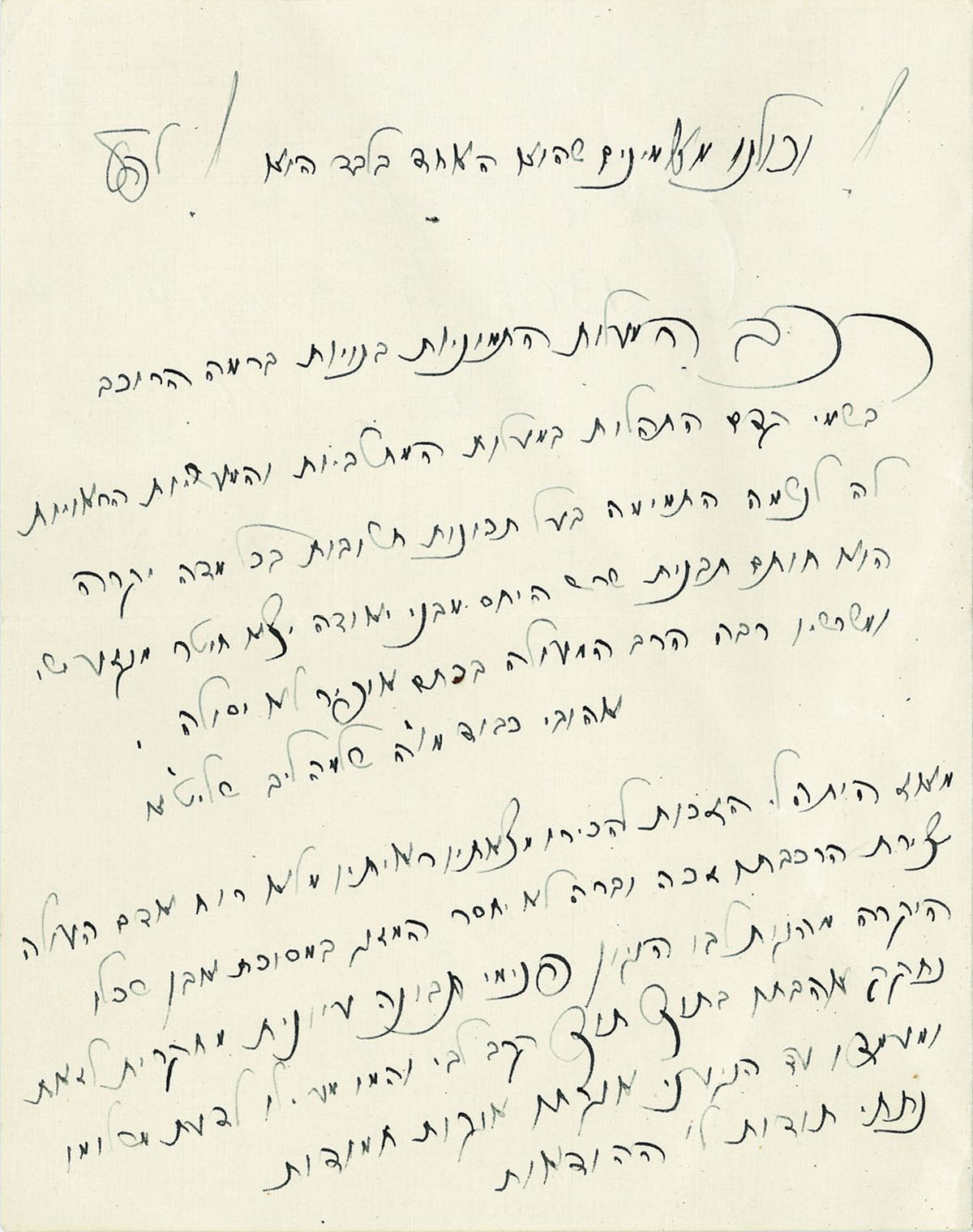 Praising for Rabbi Eliezrov and advising him how to overcome depression. Two pages, folds. 8vo.

Est: $1,500 - $2,000
PRICE REALIZED $1,500
R. Chaim Abraham Dov-Ber ben Shneur Zalman Levine (“The Malach”) (1861-1938), was one of the foremost Chassidim of Lubavitch, renowned for his intense ascetic nature and extreme yearning for holiness. This important letter, beautifully composed, was written to Rabbi Shlomo Leib Eliezerov (1863-1952), one of the stalwarts of Chabad in Eretz Israel. The Malach expresses great respect for Rabbi Eliezrov and commences the letter with a string of honorific titles, after which he writes: “Since I had the merit of making your acquaintance, I find you to be filled with spirituality, an elevated personality composed of purity, clarity and lucidity… with an inner logic of great depth emanating from both the mind and heart. Therefore (your) love has been engraved deeply in the innermost recesses of my heart… When I received your delightful letter, I gave thanks to God who has been with you throughout your hardships and tribulations…From your letter, I see that you are anxious, worried and sad… The profoundest works of the Mitteler Rebbe - which are not for the minds of the masses… but for one who has seen the sun… (I) advise (you) to assiduously study these works and your eyes will light up to see sweetness.” The Malach’s letters were published under the title Otzar Igroth Kodesh in 1952, with an expanded edition published in 2012. The present letter is striking for the depth of affection and concern, that seldom appears in any of the Malach’s other letters. For more on Rabbi Eliezerov see S. D. Lewin, Toldoth Chabad Be’ Eretz HaKodesh, (1988) pp. 151-64.
Share