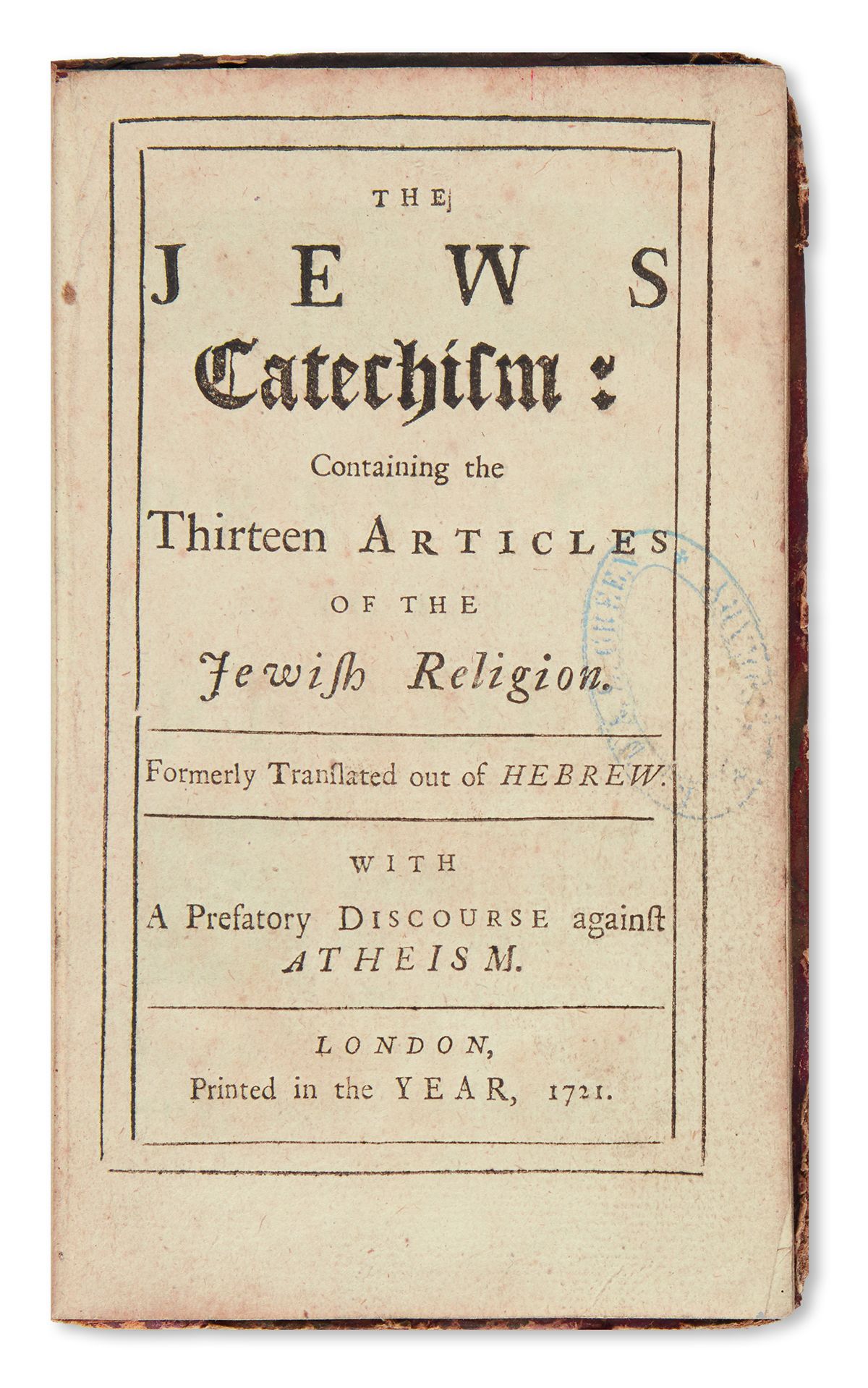 The Jews Catechism: Containing the Thirteen Articles of the Jewish Religion. Formerly Translated out of Hebrew. With a Prefatory Discourse against Atheism. <<* Appended:>> A Prayer for the Prosperity of King George, and the Royal Family. pp. 20, 68. Ex-library, trace foxed. Contemporary calf-backed marbled boards, worn, upper cover detached. 12mo. Roth, Magna Bibliotheca Anglo-Judaica, p. 329 (no. 5) and p. 428 (no. 1). (Hebrew and Latin eds. of 1679 and 1690 only).

Est: $200 - $300
PRICE REALIZED $225
According to the Preface, this work "was originally writ in Hebrew by Rabbi Ab[raha]m Jagel, by the title of Good Advice or Doctrine, translated into Latin, by the learned Ludovicus de Compeigne de Veil, and thence into the English in 1680, by the title of the Jews Catechism." The reference is to Jagel's Hebrew catechism for children, Lekach Tov (Venice, 1580). See D.B. Ruderman, Kabbalah, Magic and Science: The Cultural Universe of a Sixteenth-Century Jewish Physician (1988) pp. 15, 18, 176 (n.68); EJ, Vol. IX, cols. 1268-9. The article in the EJ is by the Editor (Cecil Roth) and carries a facsimile of the title-page of the Latin edition of London 1679. The article mentions Latin, Yiddish and German translations, but not our own anonymous English translation from the Latin. In the Preface, the anonymous writer points out that Christians may also benefit from this Books, adding that according to Jewish belief, all nations - not only Jews "may be saved" (pp. xiv-xx).
Share