(British Parliamentary Act.) “Cap. VII. An Act for naturalizing such foreign Protestants, and others therein mentioned, as are settled, or shall settle, in any of his majesty’s colonies in America.” 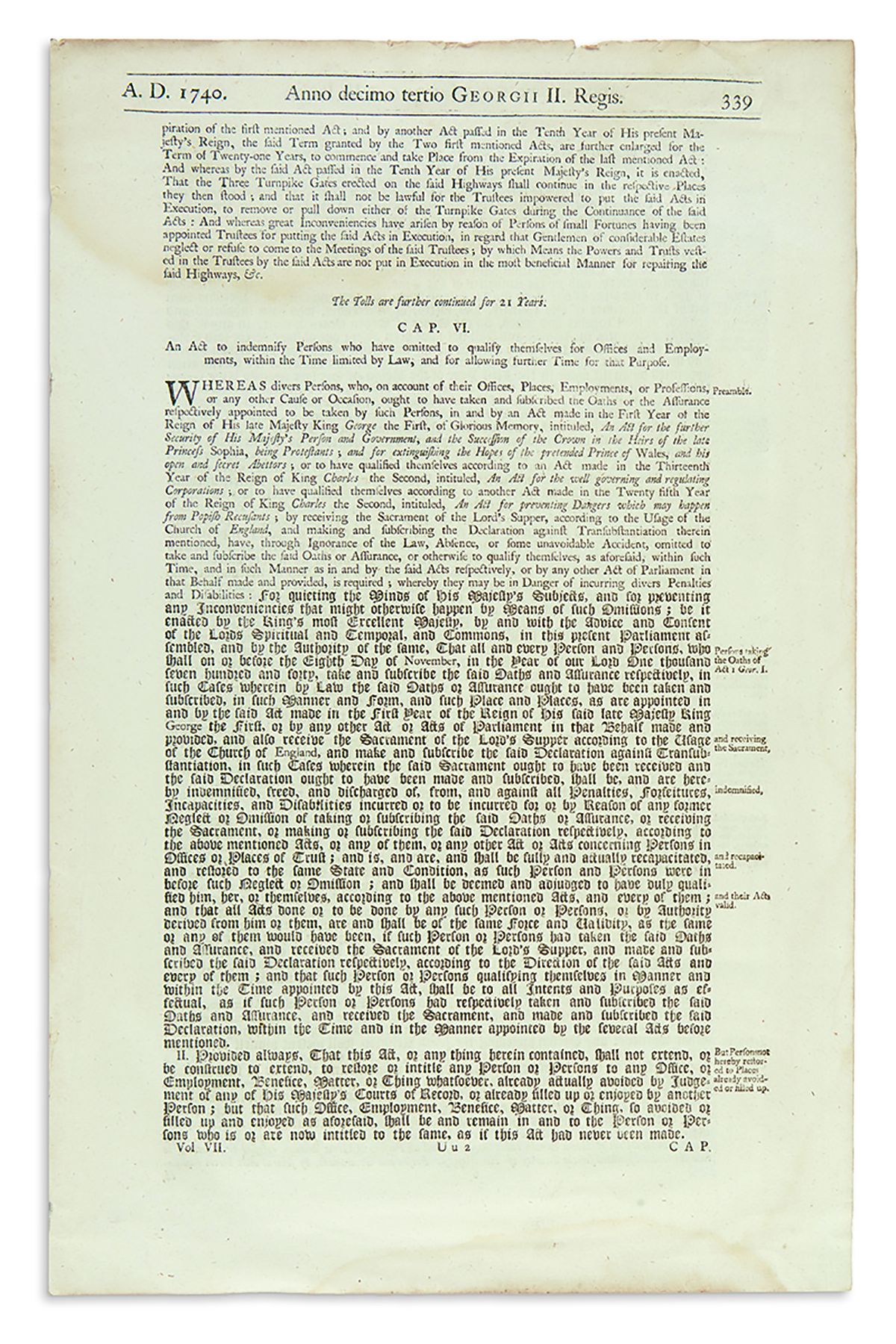 (British Parliamentary Act.) “Cap. VII. An Act for naturalizing such foreign Protestants, and others therein mentioned, as are settled, or shall settle, in any of his majesty’s colonies in America.”

Est: $500 - $700
<<First Emancipation Act for the Jews of America. >> Seeking to encourage foreigners to help populate the British colonies in America, Parliament passed an Act enabling colonial settlers to become naturalized subjects after living in the colonies for seven years. Special provisions were made for Jews, as naturalization required the petitioner to have received communion in a Protestant Church, and to furthermore take an oath including the words “upon the true faith of a Christian.” “The law was important for it expressed a desire on the part of the English to incorporate the Jew into the body politic. It was an emancipatory act, the first (apart from Dutch grants to Surinamese Jewry) to be promulgated by a European government. The Act was the harbinger of a new day.” Marcus, The Colonial American Jew, Vol. I, pp. 480-9. See also Schappes, A Documentary History of the Jews of the United States, pp. 26-30. The British Crown followed markedly differing policies regarding Jewish subjects residing in England and those in America. Not until the passage of the so-called Jew Bill of 1753 would foreign-born Jews be permitted to become naturalized citizens of England without first receiving the sacrament. See T. M. Endelman, The Jews of Britain, 1656 to 2000 (2002) p. 74. A landmark in the history of Jewish Social emancipation.
Share