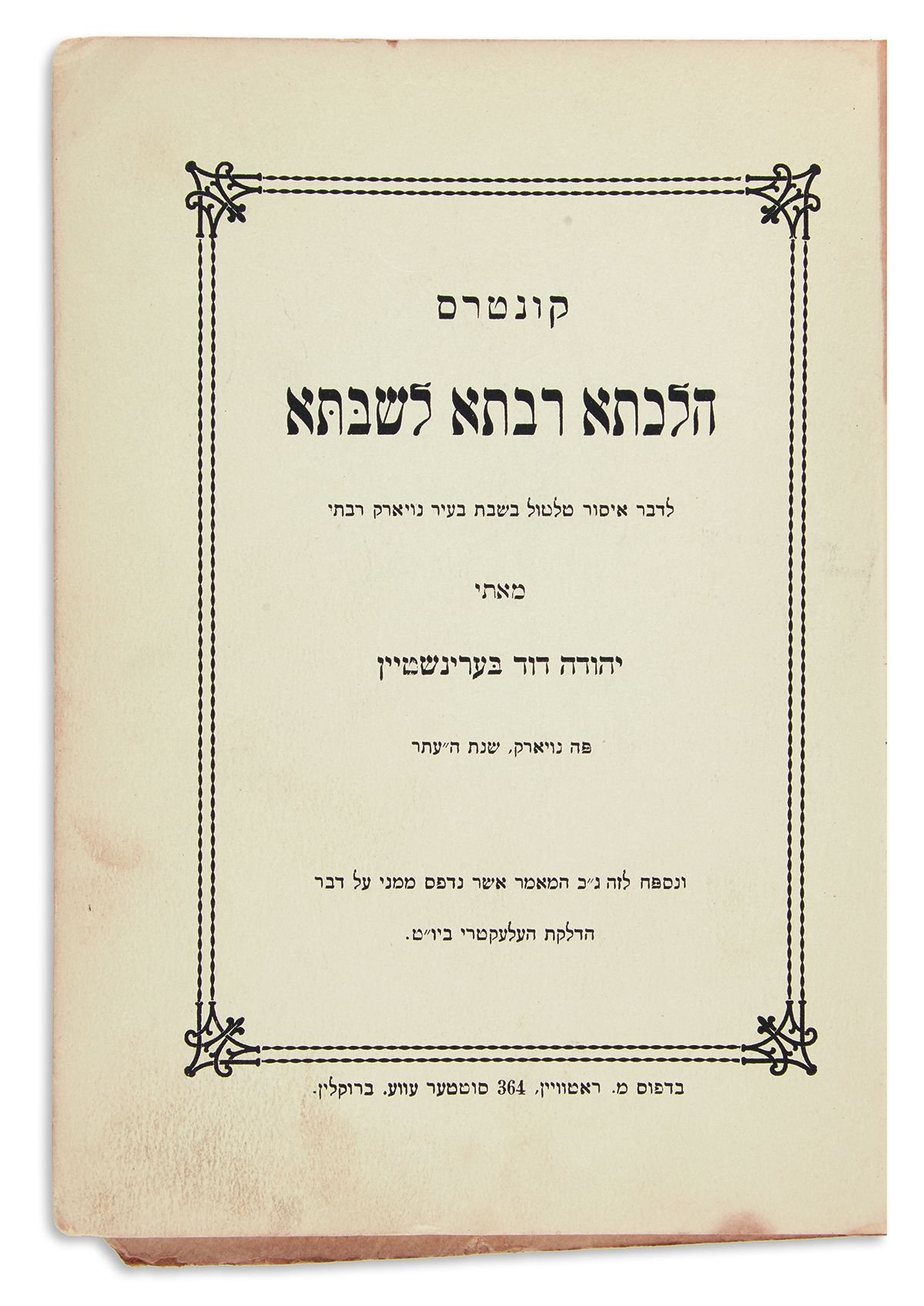 Est: $300 - $500
A refutation of Joshua Siegel’s Eiruv ve-Hotza’ah (New York, 1907). Bernstein’s Halachic opinion prohibits carrying on the Sabbath day in Manhattan. Pointed as problematic in this regard, Bernstein notes the many bridges and tunnels running to the outer boroughs and to New Jersey. He also discusses thoroughfares such as Delancey Street which cut across the city and Central Park, where tens of thousands of people congregate. Of additional interest, is an appendix contains a responsa prohibiting the use of electricity on the Festivals. With the scarce final two unnumbered leaves missing in many copies. These leaves were inserted after the completion of the publication and contain the responsa of R. Eliezer Deutsch of Boynihad who agrees that New York City, with over 600,000 people walking the streets, is clearly a Reshuth Harabim for which an Eruv cannot be utilized. It is interesting that although Bernstein hailed from Lithuania, he sought approval from a Hungarian Rabbi.
Share