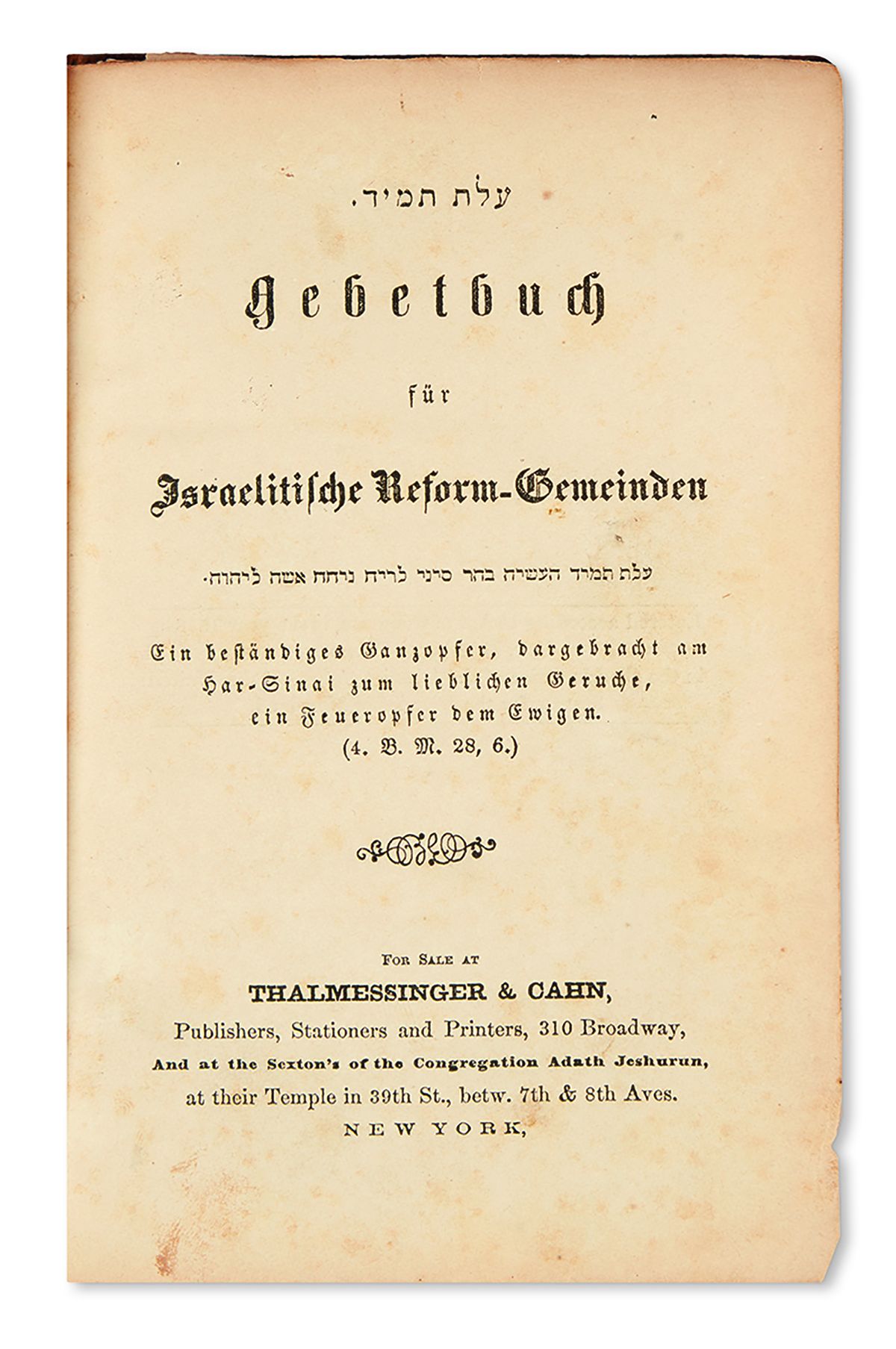 Text in both Hebrew and German, but primarily the latter. pp. viii, 492. Browned, gutter split. Loose in contemporary calf with synagogue structure tooled on covers in gilt, rubbed. 8vo. Singerman 1534.

Est: $300 - $500
“A radical departure from the traditional prayer Books…its pagination is from left to right and its changes are both substantial and substantive.” A.J. Karp, From the Ends of the Earth: Judaic Treasures of the Library of Congress (1991) pp.303-304. David Einhorn (1809-79) migrated from Germany to America in 1855, where he became the broadly accepted senior leader of the Reform Movement. He advocated the introduction of prayers in the vernacular, the exclusion of nationalistic hopes from the synagogue service and many other ritual modifications. In 1858, his revised prayer Books formed the model for all subsequent revisions. This is a re-issue of the C. W. Schneidereith edition (see Goldman 45).
Share