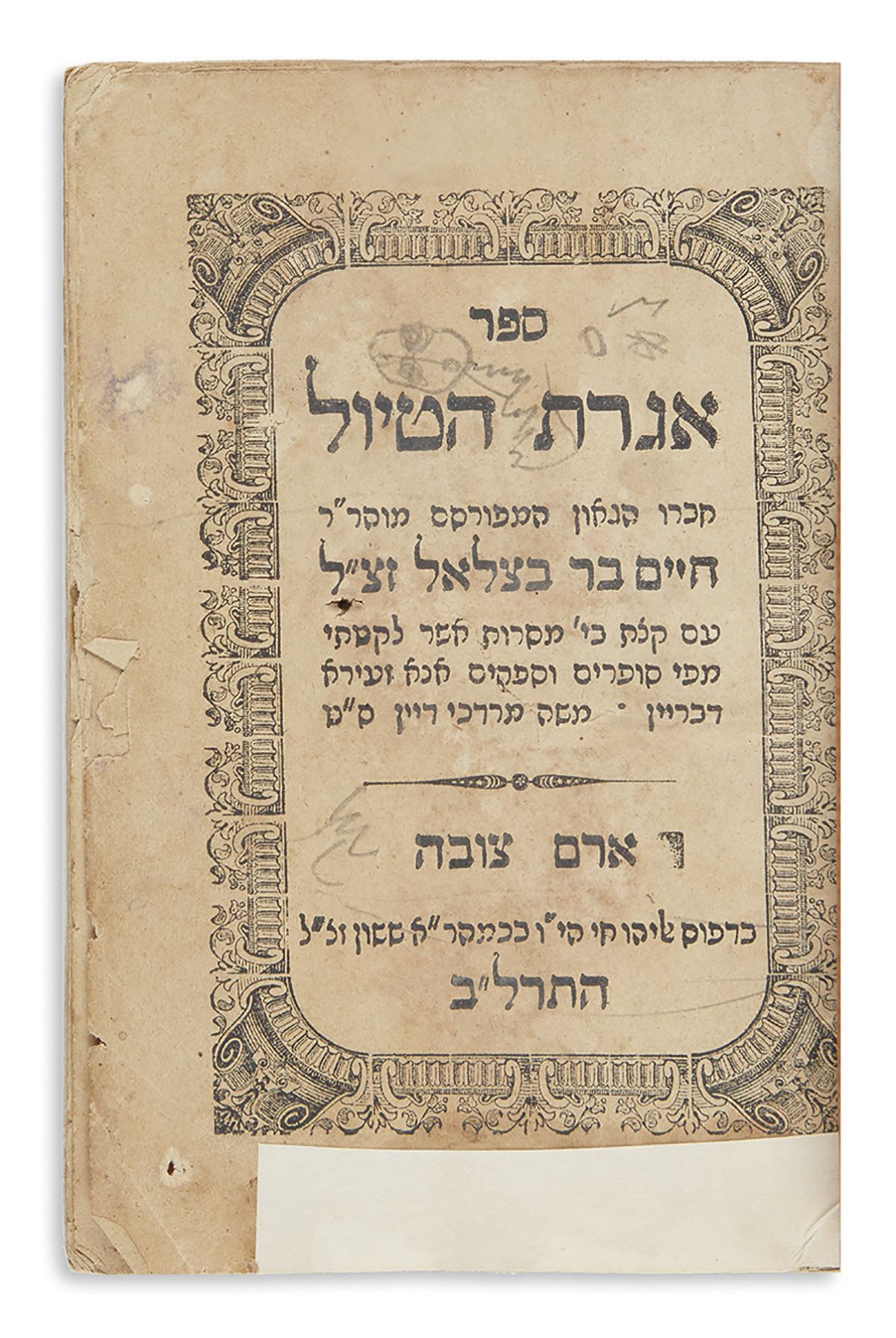 Est: $120 - $180
A fascinating conflation of Jewish cultural backgrounds: A work first composed in Prague in 1605 by the brother of the Mahara’l, here reissued more than two centuries later in the ancient city of Aleppo, Syria; and in which the editor, Moshe Mordehai Dayan, includes an endorsement penned by the Chassidic Rebbe Avraham Joshua Heschel of Apt, noting that all the author’s words “are pearls…imbued with a holy spirit”.
Share