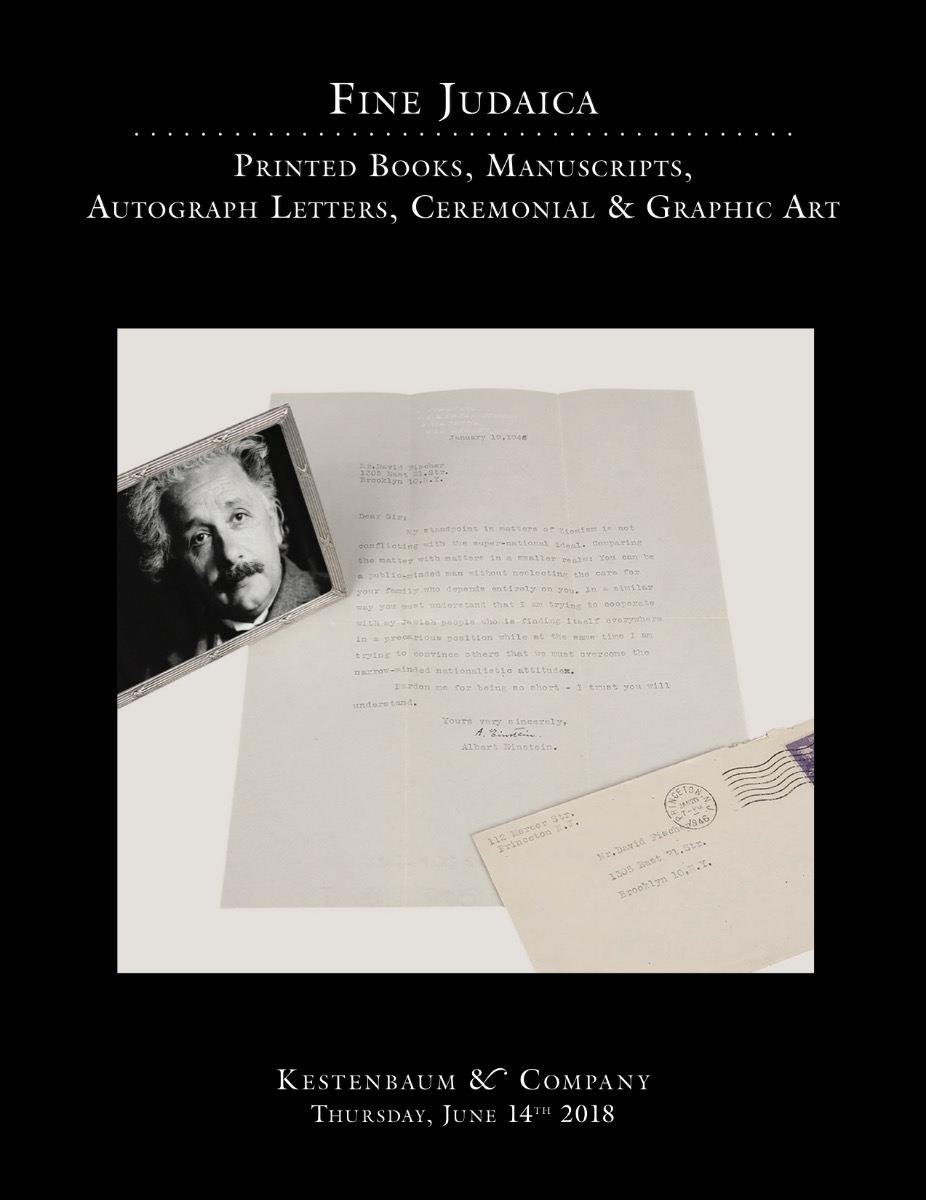 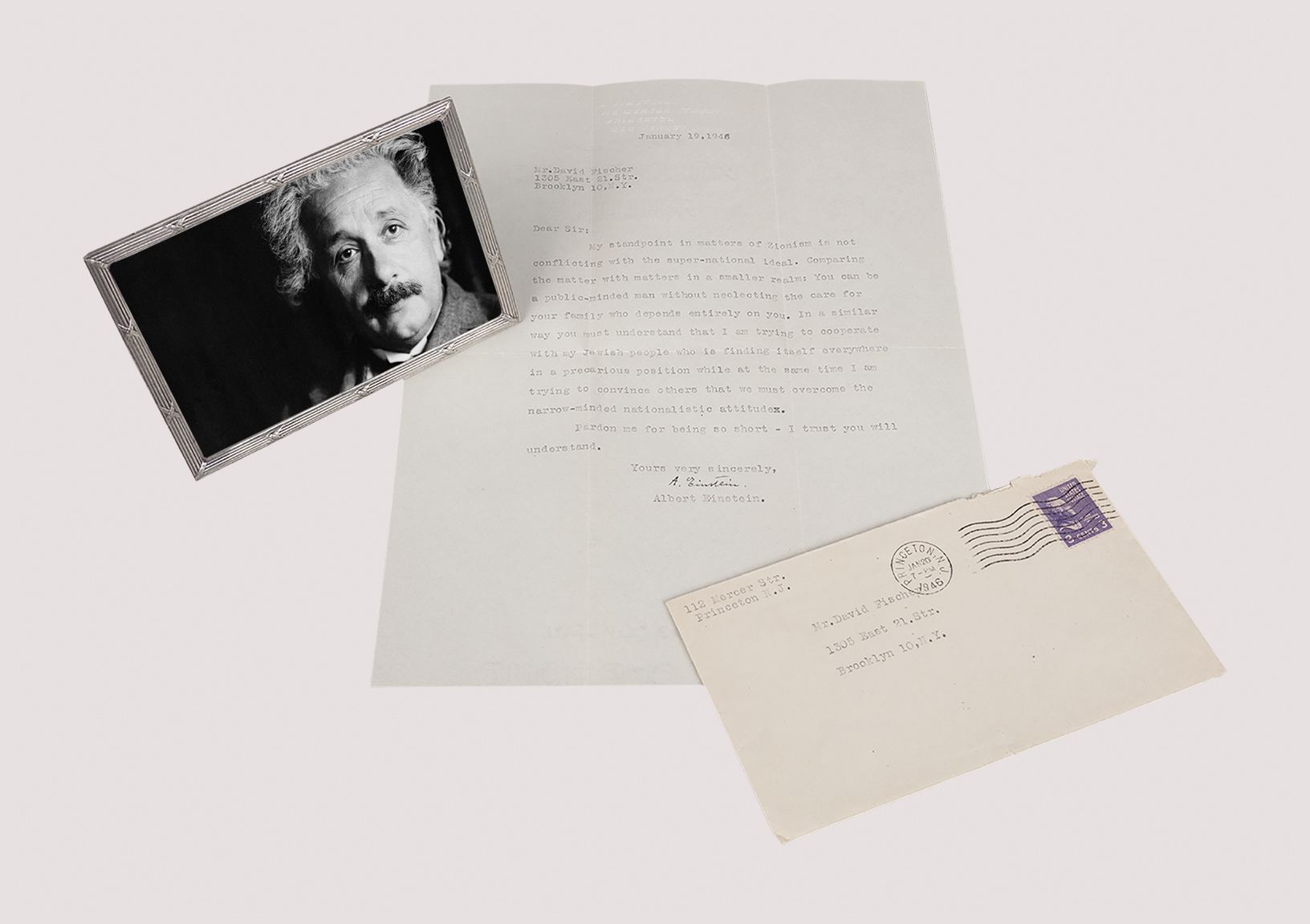 An important letter stating the great professor’s outlook on the particularism of Zionism in relation to his well-feted support for internationalism, especially via World Federalism. One page, neat folds. 4to.

Est: $20,000 - $30,000
PRICE REALIZED $36,000
“My standpoint in matters of Zionism is not conflicting with the super-national ideal. Comparing the matter with matters in a smaller realm: You can be a public-minded man without neclecting [sic] the care for your family who depend entirely on you. In a similar way you must understand that I am trying to cooperate with my Jewish people who is finding itself everywhere in a precarious position, while at the same time I am trying to convince others that we must overcome the narrow-minded nationalistic attitude.” <<Provenance:>> Consigned for auction sale by the recipient, David Fischer. <<Personal statement from Dr. David Fischer:>> “As a youngster in Brooklyn, Albert Einstein was one of my heroes. Five classmates and I formed an after-school science club, called “The JE” (Junior Einsteins). In high school, I began to collect books about Einstein. “Cosmic Religion and other Opinions & Aphorisms” by Einstein was published in 1931. In it, he discussed his concept of a God, the need for a Jewish Homeland, disarmament and pacifism. In 1945, Emery Reves, a Hungarian Jew living in England, wrote a book entitled “The Anatomy of Peace” that Einstein enthusiastically endorsed. Reves helped popularize the cause of World Federalism and argued that world law was the only way to prevent war. Einstein’s endorsement of internationalism seemed to clash with the concept of nationalism of a Jewish state, which he also advocated. Accordingly, as a naïve student, five months short of my 16th birthday, I wrote a longhand letter raising the question of whether it was inconsistent to advocate both. I was amazed when Einstein replied. I have kept and treasured this letter for the past 72 years.” “Despite its brevity, the letter makes a significant point about the special circumstances that made the advocacy of Zionism entirely consistent with the wider view that peace can only be preserved by people and nations resolving their differences under the arc of the rule of law.” “The letter also says a great deal about the humility and simple decency of this good man who took time from a tremendously busy schedule to answer letters not just from heads of State and famous scientists - but even from naive schoolboys.”
Share